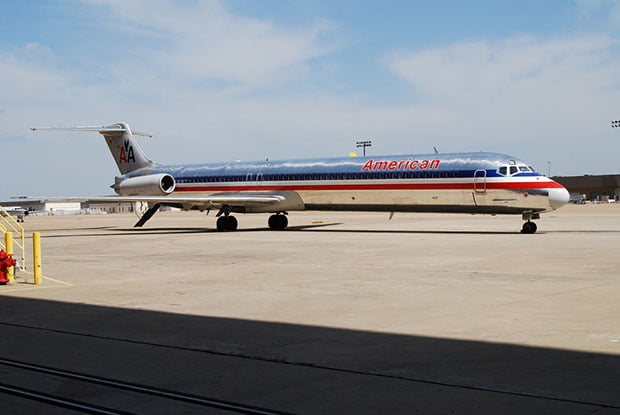 Most people in today’s society have a mobile phone. Most mobile phones have cameras. Anyone and everyone has become an on-the-scene photojournalist, reporting on everything from major news events to the odd and crazy.

Some of these picture-worthy events take place on everyday flights. Shutter-happy passengers, snapping or even video recording the woman on the next aisle over acting unusual or a fellow passenger being disruptive. It’s undeniable that we are curious beings, and want to document and share events we witness. But not everyone is pleased citizen photojournalists. 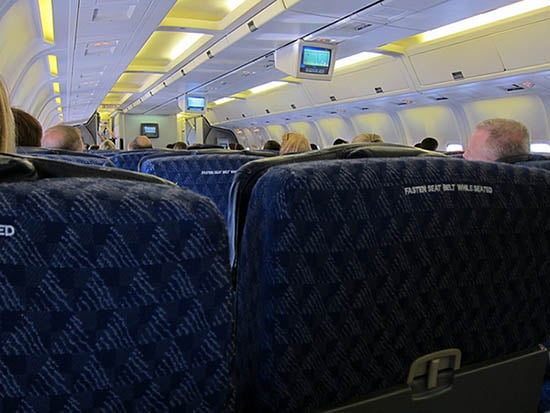 A report published Wednesday on NPR makes the observation that more and more carriers are saying ‘no’ to certain types of on board photography. In fact, many airlines have published rules banning photography, unless it’s personal. That means you’re barred from having your mobile phone’s lens pointed toward the woman in the back of the cabin singing a Whitney Houston number (make note of the flight crew’s ‘no pictures’ order).

It’s perfectly understandable that one shouldn’t be snapping photos or capturing video of strangers — especially at such close proximity — but is it out of line to condemn photography of an individual who is clearly seeking attention? After all, it’s a free country, right?

Sure, but so long as you’re on board an airliner, you’re considered a visitor on private property, regardless of how much you’ve paid for your fare. Arbitrary rules set forth by the airline are expected to be followed. Failure to comply could lead to you being found guilty of a trespassing charge – should authorities decide to take things to that level.

It should be noted, however, that an airline cannot, in any way, force you to remove what you’ve captured or confiscate your device. Nor can they stop you from uploading a video you’ve taken to YouTube. The case is different if law enforcement has a warrant or sufficient evidence of a crime. 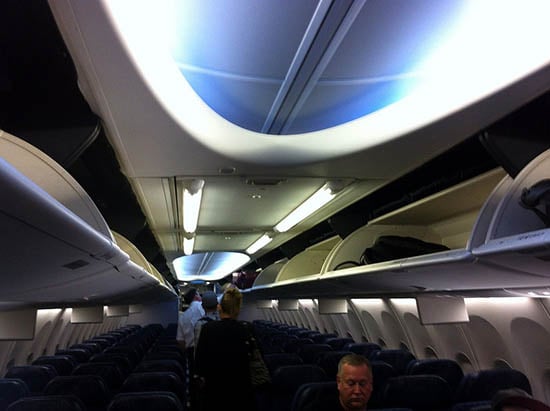 “If it’s just a matter of something that’s embarrassing to an airline, it’s going to be hard for them to get it suppressed — to get it taken down,” said Ryan Calo of the University of Washington Law school.

An airline’s bottom-line is to make the airline look good and make money, and scores of police officers escorting a rowdy passenger off the flight most certainly does not look good.

There’s flexibility when it comes to how receptive an airline crew would be to a passenger photographing/filming a noteworthy event, but the best policy, of course, is to just use your best judgement in your particular situation.