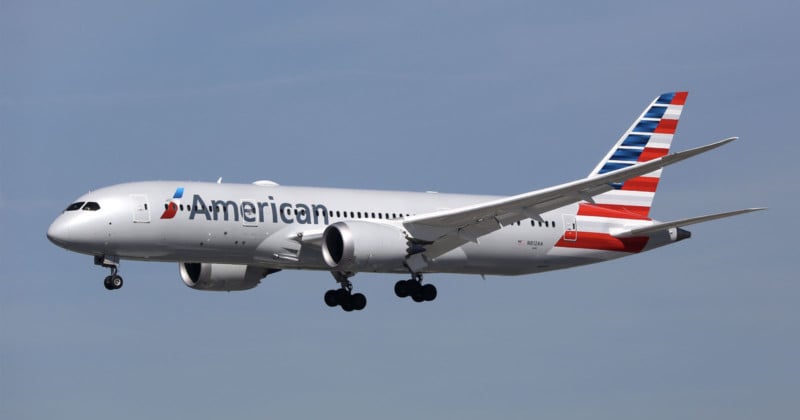 An aviation photographer was left stunned after he was detained by American Airlines staff for taking photos inside the cabin.

Freelancer Jeremy Dwyer-Lindgren was detained by flight attendants last Friday (October 28) who demanded to see the photos on his phone and blocked him from leaving the plane.

“Honest question: can a crew member physically prevent me from getting off of the airplane until I showed them the contents of my phone (they wanted to see the last 3 photos) to verify that I did not take a photo that contained them in it,” Dwyer-Lindgren tweeted out to his followers.

“I had stepped into the jetbridge and the FA (flight attendant) had what I think was the pilot or FO (First Officer) block me from going further. Then they brought me back on the plane and the FA demanded I open my phone and show them the last several photos and then took the phone out of my hands to inspect them.”

Dwyer-Lindgren says that the staff cited policies about not taking photos of staff without consent, which later turned out to be untrue.

According to Yahoo News, Ross Feinsten, a communication professional who previously worked at American Airlines said: “I can’t tell you how many times when I was at AA we communicated to crews (and to the regional carriers too), regarding the fact that passengers are allowed to film. We even updated content in American Way magazine (when it still existed).”

Dwyer-Lindgren later said on his Twitter page that American Airlines called to talk about the incident and “apologized profusely.”

“They admitted the FA cannot touch my phone. The rest was squishy, and all I got on the functional detainment was to the effect of ‘it’s not how I would’ve done it,” he wrote.

There is no specific law in the United States stating that passengers cannot take photos of staff in the aircraft cabin. For his part, Dwyer-Lindgren says that he wasn’t taking photos of the flight attendants.

According to Aviation Figures, in its in-flight magazine, American Airlines says that: “The use of small cameras or mobile devices for photography and video is permitted on board, provided that the purpose is capturing personal events.”

Another photographer is suing American Airlines following a bomb scare that allegedly began when another passenger mistook the man’s vintage camera equipment for an explosive device during a flight.