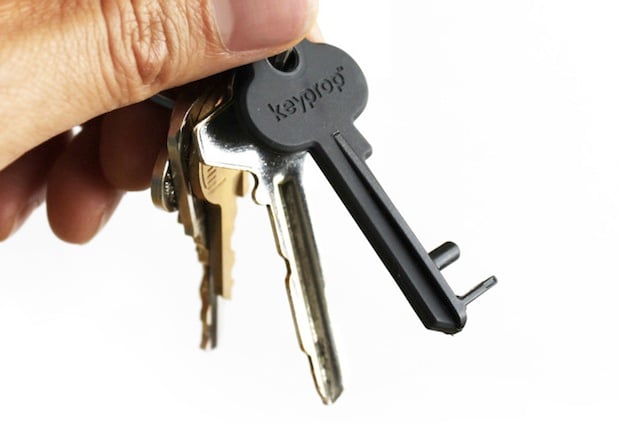 For those of you who often take pictures with your smartphone, but find that you never have a stand or tripod with you when you need one, here’s a creative Kickstarter that may solve that problem. Called KeyProp, this ingenious little key shaped smartphone stand fits on your key chain so you always have it with you — and it comes with a free camera timer/clap-to-snap app to boot.

The KeyProp was invented by product designer Alison Wong of Integral Design because she realized that any time she needed a smartphone stand or tripod — be it for taking pictures or performing any other hands-free smartphone activity — she never had one around. So she’s developed the KeyProp and taken to Kickstarter to get enough funding for an initial run.

The KeyProp works with any smartphone, using the lightning connector on iPhone 5’s and the headphone jack on any other phone. Once you’ve inserted the KeyProp, changing the angle of the phone is as simple as stacking your keys behind it. It really is a very simple, straightforward idea. 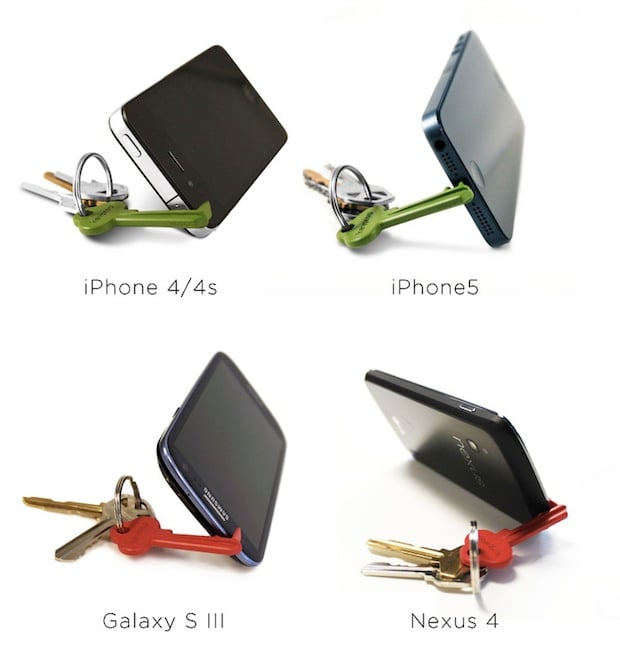 In addition to designing the KeyProp itself, Wong has also put together a free add-on app called KeyCam. KeyCam is a camera timer app that allows you to choose between clap-to-snap (3 second count-down once you clap) and a 5, 10 or 15 second countdown so you can prop the phone up with your KeyProp and use the better back-facing camera to take pictures of your and your friends.

Here’s a quick intro to KeyCam:

Wong has lined up qualified manufacturers that she’s used in the past, but she needs to raise the money for an initial run. The KeyProp will be made out of durable polycarbonate and overmolded in a rubberized TPE, a process that will require some complex tooling. Therefore, even though every KeyProp only costs a $15 pledge, Wong needs to raise a total of $30,000 to make it happen.

So far she’s a little more than one-third of the way to her goal and she has 20 days left to make it there. If you think the KeyProp and KeyCam combo is a good idea and feel like it would be worth supporting, head over to Kickstarter and pick between red, blue, light blue, green, gray or black by clicking here.