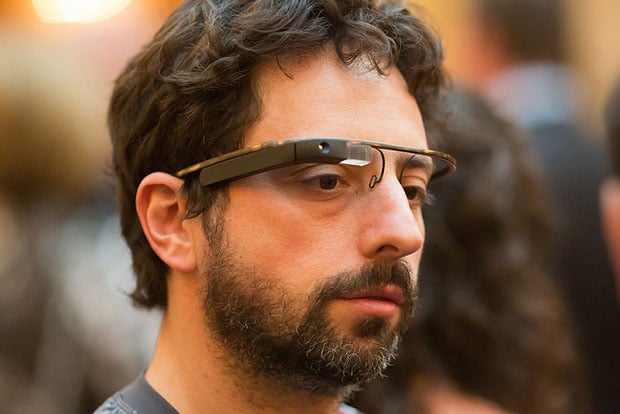 I’ve been watching with great interest over the past few weeks as the naysayers seem to have gone crazy overboard trying to bash Google Glass every chance they can. I’ve seen articles in Wired and on CNN and on blogs, etc., all stating how terrible Google Glass is. Oh no! Geeky white dudes are wearing Google Glass! This will never work! Oh no, someone wore a pair into the shower! Oh no, I will punch someone in the face if they try talk to me with them on — all sorts of gibberish.

There’s nothing like change to bring out the absolute haters.

It seems like every time something comes out that represents change, people freak the f**k out. It’s not enough to say, “Oh no, this thing is not for me.” People have to go absolutely overboard, talking about how horrible some new thing is for everybody else.

I remember when I waited in line overnight (with my pal Robert Scoble, probably today’s biggest Google Glass cheerleader) for the very first iPhone. Robert’s son Patrick was the very first person to buy an iPhone at the Palo Alto store.

I’m not sure I’d ever been mocked by people so much. “You waited in line overnight to pay how much?” For a stupid phone? People thought the iPhone was the dumbest thing ever. “Why would you ever need a phone to surf the web?” “Why would you pay so much for a phone?”

They laughed at me for camping out overnight to get the first generation phone — even though camping out overnight in front of an Apple store has been one of the most fun things I’ve ever done. Getting to hear Apple luminaries like Andy Hertzfeld and Bill Atkinson talk about Apple’s early days was a blast! It’s where I first met the awesome guys from SmugMug. Was it dorky and geeky? Sure, but whatever.

Read some of these early quotes about the iPhone when it first came out. Even though some of us loved it early, so many more were so “doom and gloom” on it. Now, of course, everybody loves the iPhone and the whole generation of Android and other smartphones that followed.

I remember when Twitter first came out. People hated that too. “Twitter is still a fad, and according to a study out today, it looks like it’s popularity may soon fade,” wrote BusinessWeek.

People constantly mocked Twitter — “Who wants to read a dumb post about what someone had for breakfast,” they’d say. I hopped on Twitter right away while so many of my friends refused to join. Those same friends now complain about how everybody else has more followers than they do.

The same naysayers took umbrage with Google+. Despite being named earlier this week as the second largest social network, the “change is bad” crowd hated Google+ when it came out. How many articles out there were written about Google+ being a ghost town? My good friend Trey Ratcliff passed 5 million followers on Google+ earlier this morning. That sure is an awful lot of ghosts if you ask me. I’m having the best time on Google+. I’ve met some of the most talented and interesting photographers in the world, I’ve been on tons of great live hangouts and photowalks, and it’s been the best designed social network I’ve ever been a part of. I’m glad I joined it the first day it was available to the public.

When one of my heroes, William Eggleston, had the first color photography show at MOMA in New York, a lot of people hated that too. Many people called it the most hated fine art photography show ever. Ansel Adams, the most famous photographer in the world at the time, even wrote a letter to MOMA curator, John Szarkowski, trashing the change that Eggleston represented.

I remember when I first started posting my photos online at Flickr back in 2004, their first year in existence. So many photographers gave me a hard time. They kept going on and on about how my photos would be “stolen.” “Who the hell cares,” I’d answer back. Now everybody posts their photos online, everywhere — well, almost everybody.

So what is it about Google Glass, the iPhone, Twitter, Google+, color photography, photo sharing that scare people so much? What is it that brings out the naysayers and haters?

A lot of these people are also lazy. They groan about having to learn a new thing or technology. They worry they will be left behind. So it’s easier for these people to bash whatever is new and interesting and jump on the anti-change bandwagon.

As far as Google Glass goes, I have no idea if it’s going to be a hit or not. I do think it represents an interesting new tool to use for street photography and I’m excited about trying them out myself at some point.

I think it’s dumb though to see article after article by scared people trying to talk the rest of the world out of them. Articles that try to paint them as dorky or geeky or creepy. These are just more of the same old complainers/haters who hate every new thing that comes along.

Change is good. Don’t let the naysayers tell you otherwise. The next time somebody brings up some new idea, check yourself. Instead of immediately starting to bash it, resist that urge and keep an open mind. Every so often you just might be surprised.

Oh, and personally speaking, I think journalists that like to bash change are far, far, dorkier than bloggers who like to take showers with their Google Glass on.

Photos of the Food and Drink Requested by Famous Musicians Backstage

Creative Music Video Shot Entirely in the Reflection of an Eyeball