Rooftopping photography is a dangerous new fad in which daredevils climb to extremely high (and often off-limits) urban locations in order to shoot vertigo-inducing photographs. Two of the most famous practitioners in the world right now are Vadim Mahorov and Vitaliy Yakhnenko, two young Russian daredevils who have attracted a great deal of attention for their images (they’re the same guys who recently snuck to the top of Egypt’s Great Pyramid).

If you want to see how the duo works, check out the short 6-minute documentary film above (warning: there’s a bit of strong language). It’s titled “Roofer’s Point of View,” and was created by HUB Footwear.

The description of the video reads,

A new generation of young Russian photographers have a different and unexpected way of looking at a city. In ‘Roofer’s Point of View’ we follow Vadim Mahorov and Vitaliy Yakhnenko on their exciting journey to terrifying heights, capturing the city from places people would normally avoid.

In the video, we learn that Mahorov first started rooftopping a few years ago when he climbed a tall crane with a buddy. After seeing the world from such a great height, he became hooked.

Now, Mahorov and Yakhnenko both regularly sneak to extremely high urban locations (sometimes the tallest locations in various areas) in order to take pictures that are “different.” Their goal is to shoot photographs from places that ordinary people will never have a chance (or desire) to visit in their lives.

Part of the thrill is the exclusivity of the practice. “The amount of people who go to the edge and make photos can be counted on one hand,” they say.

Here are some of the amazing photographs the daredevil duo have captured so far in their careers: 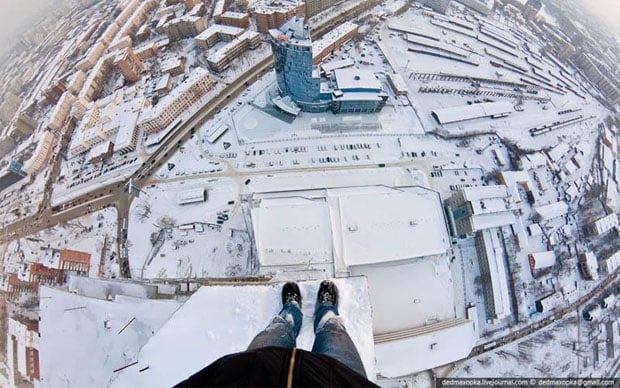 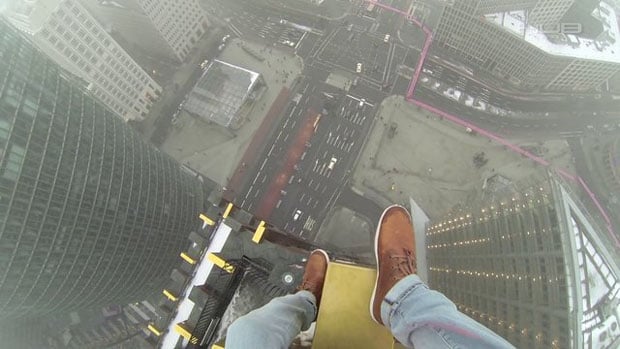 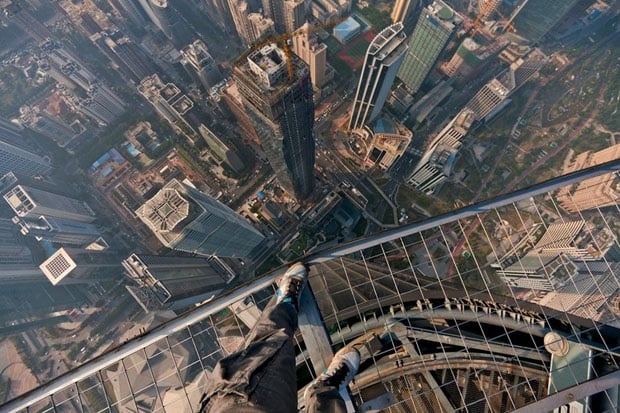 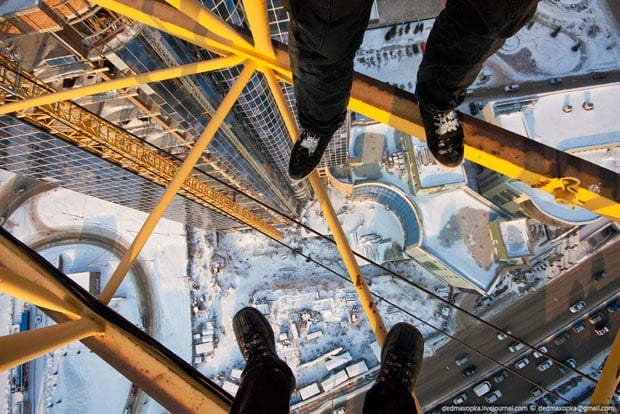 It’s pretty interesting seeing how Mahorov and Yakhnenko work together to create the images that have gone viral across the web — sometimes they need to stand on each others shoulders to sneak to certain locations — but be warned: don’t try this at home (or anywhere else, for that matter).