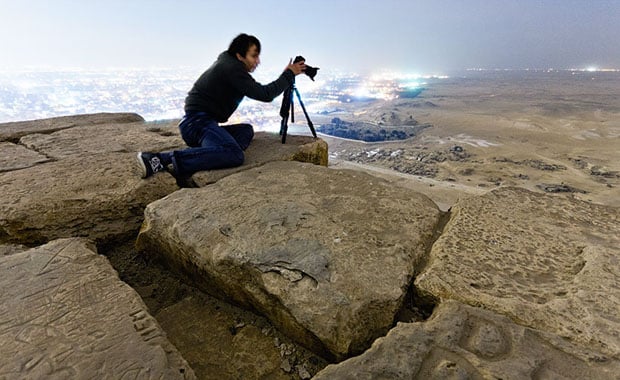 Russian photographer Vitaliy Raskalov recently visited the Great Pyramid of Giza with two of his adventuring photography buddies: Vadim Mahorov and Marat Dupri. Unlike most camera-toting tourists visiting the famous site (the pyramid is the oldest of the Seven Wonders of the Ancient World), the trio was not content with sticking to visitor-approved areas: they decided to risk prison time by sneaking to the top of the pyramid and photographing that rarely-seen view. 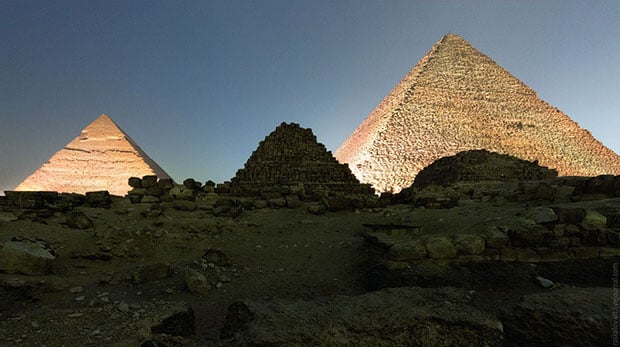 The complex is open to tourists from 9am to 4pm. Raskalov writes that at 4pm, the three of started hiding from the armed guards and waiting for an opportunity to sneak up. They spent 5 hours waiting and shivering from the cold.

When they finally got their opportunity, they began the 146.5 meter (481ft) ascent. 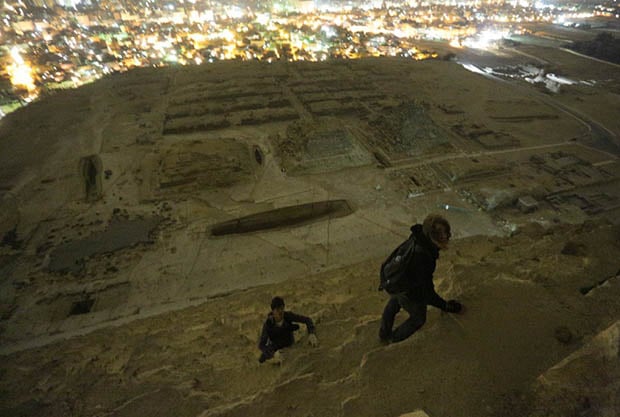 At the top, they found many paintings and inscriptions in different languages (including Arabic, French, and Russian). From that vantage point, they were able to snap nighttime photographs of the landscape that most photographers can only dream of: 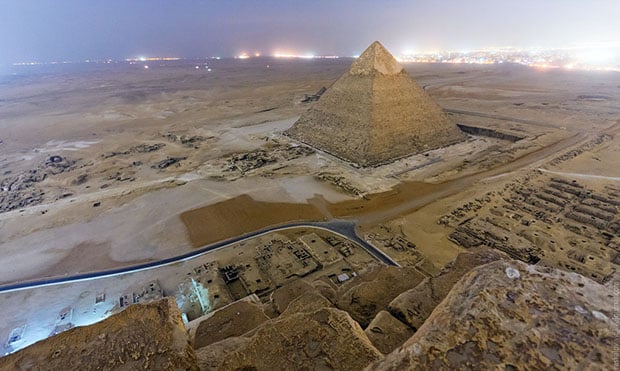 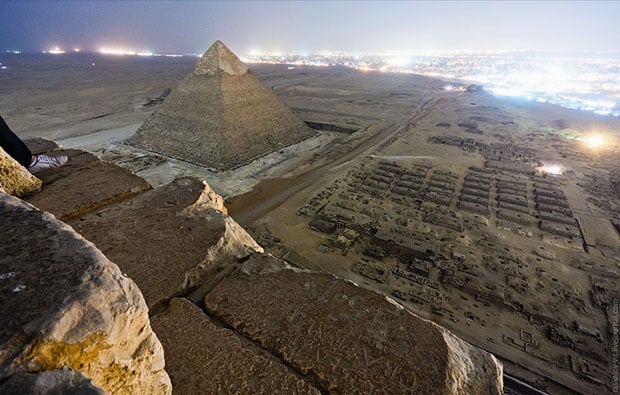 The three photographers could see the armed guards from the top of the pyramid, so they had to be careful not to be seen. Here are a couple of photos of the members of the group by Mahorov: 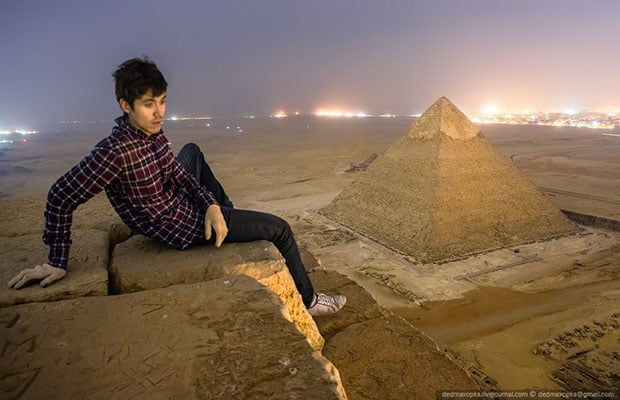 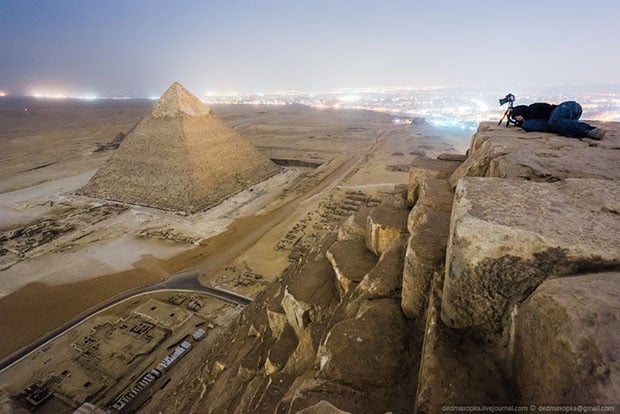 According to Raskalov, the stunt could have resulted in jail time of 1 to 3 years had they been caught.

Once they had the photographs they wanted, the trio descended and then disappeared under the cover of darkness: 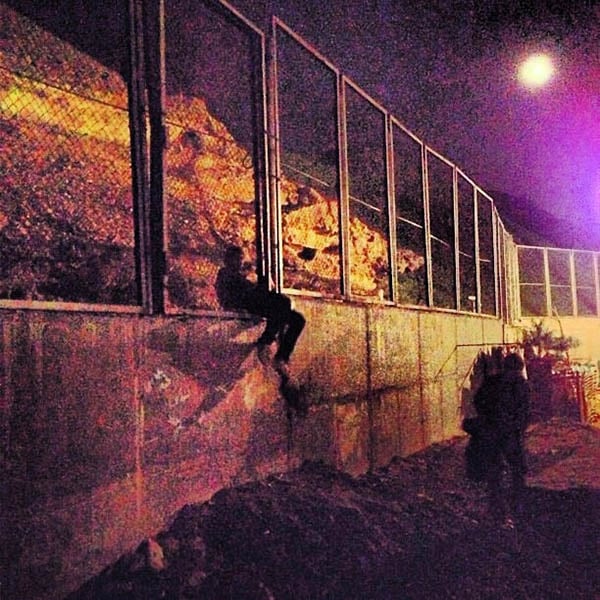 You can find more (and higher-res) photos from this adventure over on Mahorov’s LiveJournal blog.

You may recognize Mahorov’s name from a precious post here that featured his photography. He’s one of the Russian daredevils that has made a name for himself across the Web as a thrill-seeking skywalking photographer who shoots death-defying photographs.