Editor’s Note: This goes without saying, but we neither condone nor encourage you trying this at home. Be Safe!

I’m a firm believer in a healthy respect for gravity, but Russian rooftopping daredevils Vitaliy Raskalov and Vadim Makhorov don’t have that problem, and to be honest, they get some spectacular photos because of it. Case in point, check out the video above in which they take you on a POV journey up the second tallest building in the world, where they shot some incredible images.

If you’re squeamish about heights, this one is going to freak you out more than most. In fact, there’s only one building they could have climbed that is taller, the Burj Khalifa.

The view from the very top looks something like this: 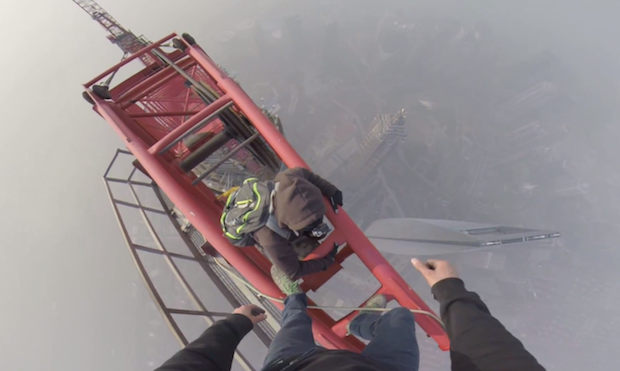 According to the duo’s blog post about the climb, it took them two hours to climb the necessary 120 stories plus crane and reach the final height of about 2,133 feet. Oh, and in case you were wondering: no, they did not use any ropes or safety equipment.

They shot photos all the way up the tower, and captured some truly stunning vistas you won’t want to miss out on. To hear about the climb from the two daredevils themselves, or browse through the images they captured on the way up, head over to their Live Journal by clicking here.

Getty and ‘Lean In’ Author are Empowering Women Through Stock Photography