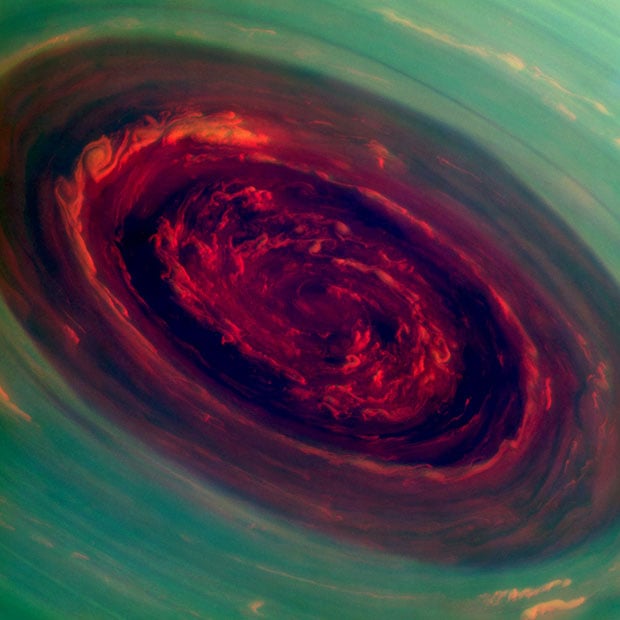 Photographs of storm systems as seen from airplanes or satellites aren’t too uncommon these days, but have you ever seen one that looks like this? Probably not, because this photograph is out of this world — literally. It’s titled “The Rose,” and shows the spinning vortex of a gigantic hurricane on the surface of Saturn.

The false-color photograph was captured by NASA’s Cassini spacecraft over the north pole of our solar system’s sixth planet.

Scientists snapped multiple photographs of the hurricane using different filters sensitive to wavelengths of near-infrared light. They then selected certain colors for each wavelength and then combined the images to create this color photo of the scene. (The process is similar to how early color photos were produced using black-and-white film). Scientists calculate that the storm seen in the photograph is roughly 1,250 miles across. By comparison, the shortest distance between the East and West Coast of the United States is about 2,100 miles (from San Diego, CA to Jacksonville, FL). The winds in the vortex are also traveling as fast as 330 miles per hour!

NASA says this photograph is one of the first sunlit images of Saturn’s north pole ever captured by Cassini’s cameras. When the spacecraft (and its camera) first arrived at the planet in 2004, the north pole was in darkness, as it was northern winter at that time.

Here’s a wider-angle view of Saturn’s north pole (and its storms): 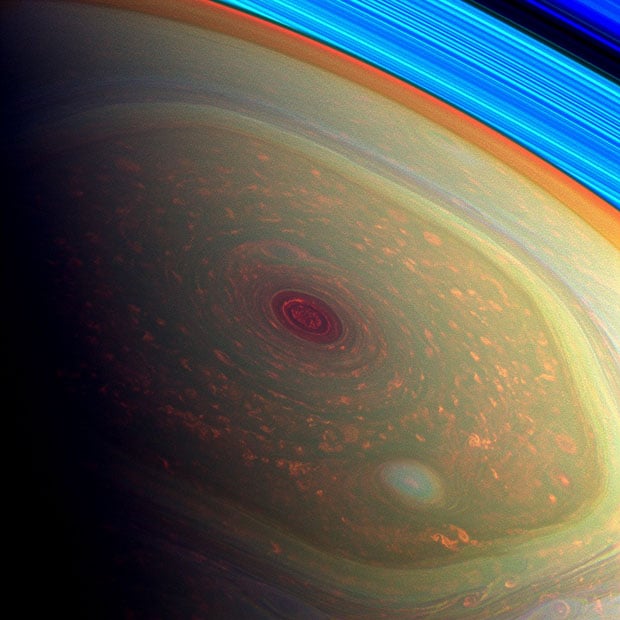 You can find a higher-resolution version of “The Rose” here.