We shared this time-lapse by photographer Bruce W. Berry yesterday in a post about NASA astronaut photography from the International Space Station, but we’d like to share about it a little more about it since it’s something that definitely deserves its own post.

Despite the fact that so many similar time-lapses have been created in the past, Berry’s video has still attracted over 250,000 views since it was uploaded three weeks ago. It was also selected as a Vimeo Staff Pick. 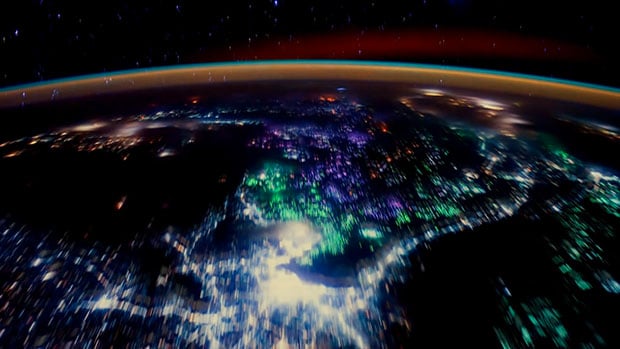 Berry says that he has always wanted to created a time-lapse video using NASA photographs but has never had the time or the computing power to do so. Having upgraded his computer recently, he finally decided to give it ago.

His video stands out from the rest due to how simple and polished it is. Instead of simply stringing the photos together and calling it a time-lapse, Berry took the footage and color graded, denoised, deflickered, slowed down, and stabilized it.

He then converted the clips to 1080 HD video at 24 frames per second. The project was about 50GB and “several hours” worth of processing. A number of the shots are slowed down to resemble the true speed of the space station as it orbits the planet once every 90 minutes. Those shots give you a feel of what it’s like to sit in the ISS and stare out one of the windows (those lucky astronauts!).

Scenes in the video include Hurricane Irene hitting the US, auroras hovering over the planet, city lights, lightning storms, and moonglows.