Photographs captured by astronauts on the International Space Station are in the public domain, so they’re often remixed into gorgeous time-lapse videos. Italian filmmaker Giacomo Sardelli went a step beyond many of the ISS time-lapses we’ve seen by adding in more than just epic music: he included short audio messages recorded by the astronauts who worked in the space station. 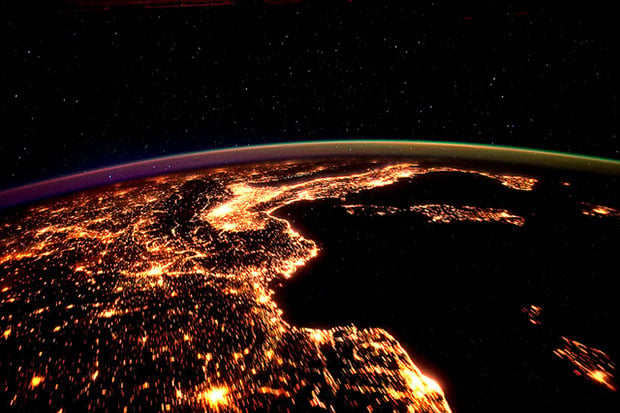 Sardelli writes that his goal with the video is to break down barriers that exist here on Earth:

I wanted to use pictures taken from the International Space Station to tell a story and share the message sent by the astronauts who worked on the station in the last 11 years.

They are working to open a Gateway to Space for all humankind, but people on Earth must understand that they have to get rid of the concept of borders on our planet if they want to follow the astronauts to new worlds in outer space. While the cosmonauts speak a day passes on Earth, from dawn to sunset, until the Gateway opens with a burst of light. The ISS then gains speed, the astronauts are leaving our planet which they see spinning faster and faster, merging earth, oceans and people together, ready to follow them, Further Up Yonder. 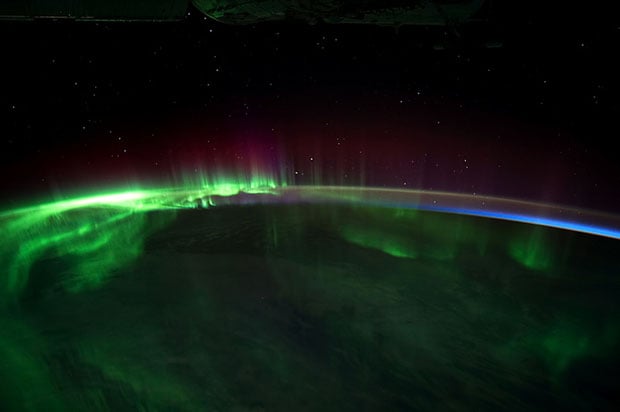 The video is actually Sardelli’s first attempt at creating a time-lapse. Here’s his explanation regarding how the video was made:

Pictures were downloaded from the Image Science & Analysis Laboratory, NASA Johnson Space Center and edited with Photoshop CS6. Even if they were Hi-res images shot with Nikon D3S cameras, a lot of noise removal and color correction was needed, especially for those shots at ISO 3200, which was the highest ISO speed limit I’ve allowed myself to use, exception made for the last sequence of the spinning world, which comes from a sequenze of shots taken at ISO 12800. Daytime shots were taken at ISO 200. I’ve used Topaz Denoise 5 for noise removal, as it is very powerful and accurate when dealing with shadows and blacks.

Editing was made with Adobe Premiere CS6, with a 2K workflow, which allowed me to scale, rotate and pan image sequences whose native resolution is 4K. The video was downscaled to 1280×720 resolution for Vimeo. The original 2K version is available for download on my blog (link on top of this description). 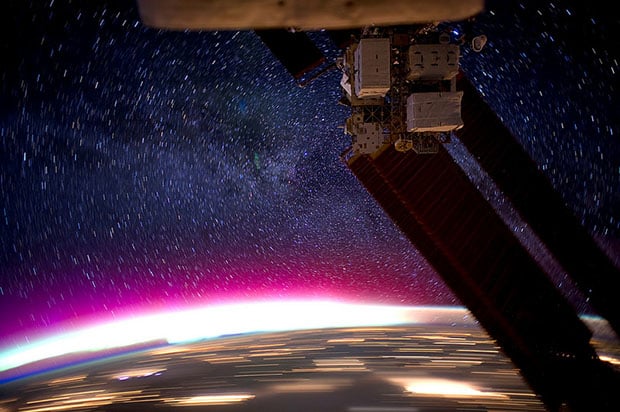 Want to see the video in 4K? You can find a download over on Sardelli’s blog.