Creativity and humor score big points with consumers. That’s why photographers, camera companies and camera stores alike often employ one or both to get their customers’ attention. Some of what we’ve seen in the past includes James Hodgins’ Crappy Vs Snappy, Olympus’ ziplock bags of walnuts, and Schick’s razor photo fad.

The above video by Canada’s The Camera Store is another prime example. Instead of making a bland announcement, they decide to film this fun and funny ‘love story’ to let their customers know the store will once again be carrying Olympus brand cameras.

The video shows The Camera Store’s Chris Niccolls having a conversation with Evelyn Drake as an Olympus OM-D, discussing their history and their potential future. Some highlights include Niccolls explaining that he “just wasn’t that attracted to [Olympus] during that awkward SLR phase,” and Olympus getting upset at all the brands they’ve cheated on her with. 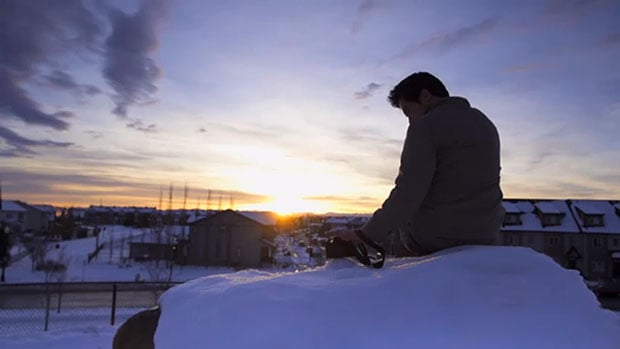 Yes, it’s cheesy, but we would bet The Camera Store will reach more people and score quite a few more brownie points this way than they would have if they had simply put out a bland press release. Check out the full video at the top to get your chuckle in for the night.

P.S. We’ve shared a number of The Camera Store’s humorous videos in the past, including one of the Canon EOS M crashing the mirrorless party and the viral Battle of F-Stop Ridge video.