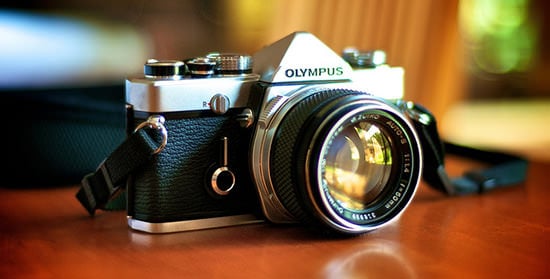 There might be a giant corporate scandal hovering over its head, but that’s not stopping Olympus from planning big things for its digital camera lineup. The company has placed a giant full page advertisement in Amateur Photographer magazine with the headline “OH MY GOODNESS!”. 43 Rumors is reporting that the company will be announcing a new Micro Four Thirds camera around February 8th that’s part of the 40-year-old OM camera lineup — in other words, a digital mirrorless camera that’s beautifully retro-styled. A trademark application filed on January 3rd indicates that camera will be called the Olympus OM-D (D as in digital). Watch out Fujifilm: Olympus is coming for you!

Adobe Photoshop Cook: If Baking Was As Easy as Photo Editing