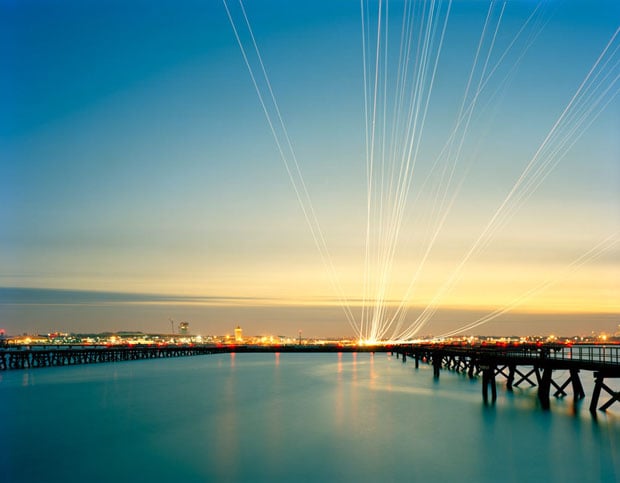 Nachtfluge is a series of photograph by US landscape photographer Kevin Cooley showing long exposure photos of airplane light trails streaking across the sky.


Cooley visited major airports around the United States, including LAX in Los Angeles, JFK and EWR in New York, and ETC in North Carolina.

The photographs were shot using a Linhof Technikardan 45s large format (4×5) camera and a 135mm Schneider Apo-Symmar lens. Aperture was set at f/22, and the shutter was left open for up to four or five minutes for each shot (or in some cases much longer than that).

Photography is by nature an exploration of time. The blink of an eye may be frozen by the shutter. Or in the case of this series, many minutes or even hours add up to construct a single image punctuated by the paths of commercial airplanes traversing the night skies. These white streaks, the only aspect of the planes visible in the photographs, are created by the landing and navigation lighting on every plane. Each line represents the amount of time it takes a commercial flight to pass through the frame. 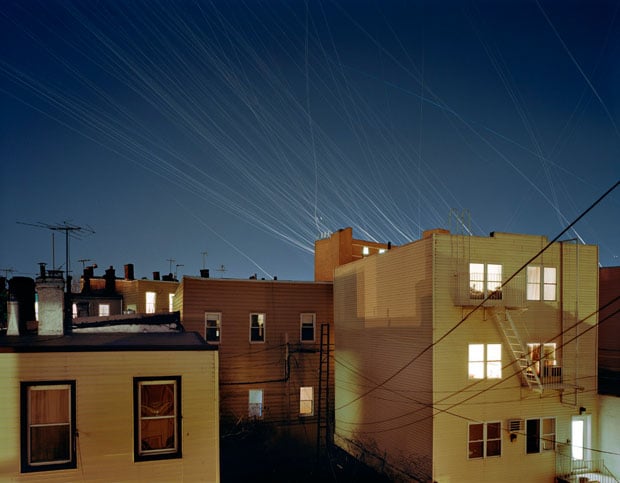 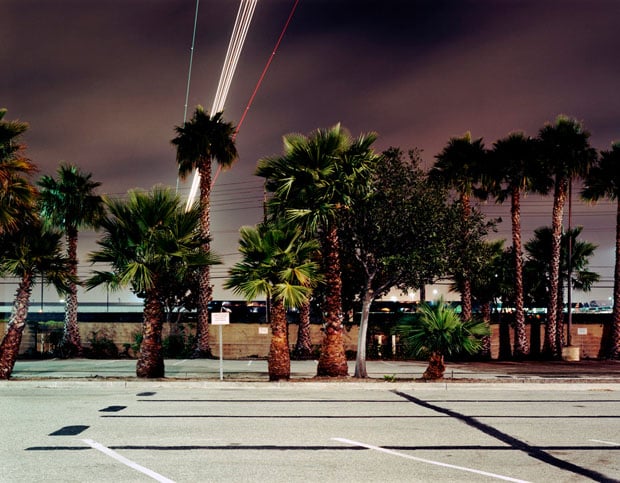 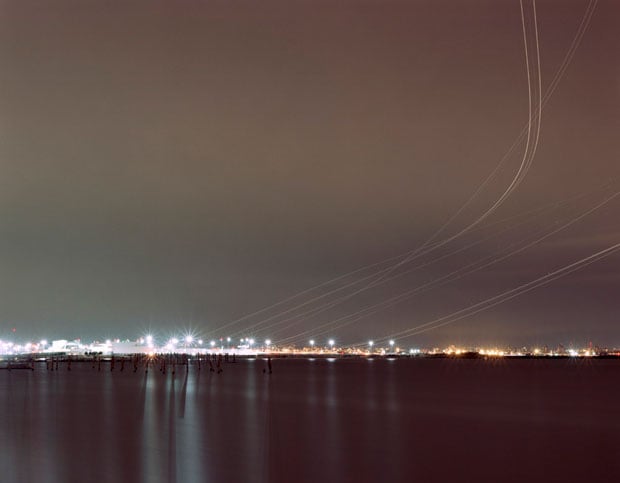 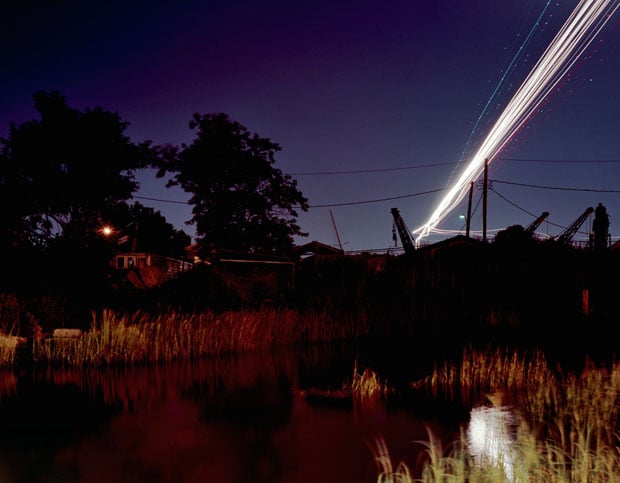 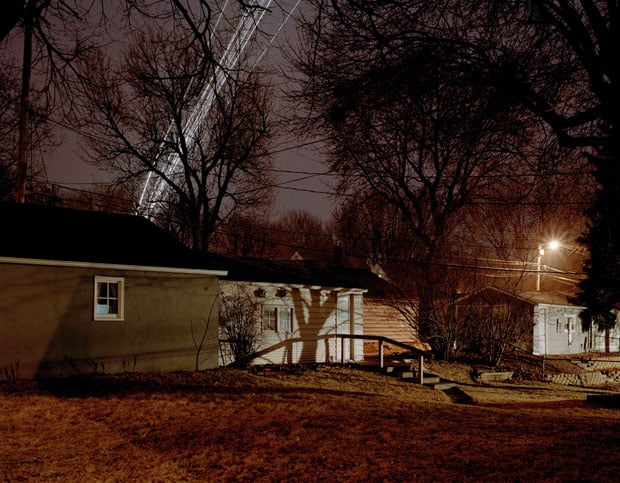 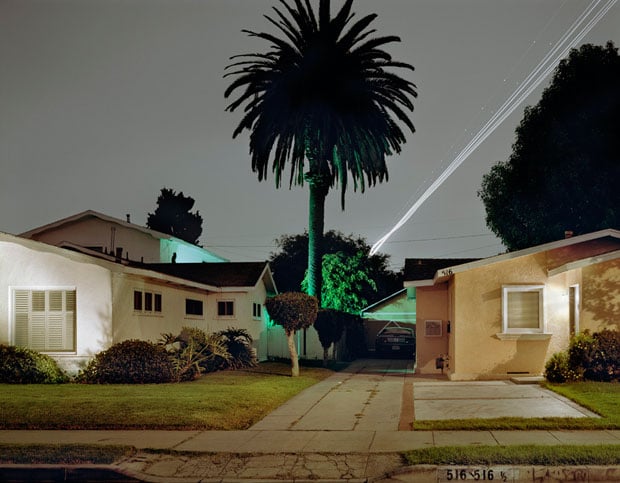 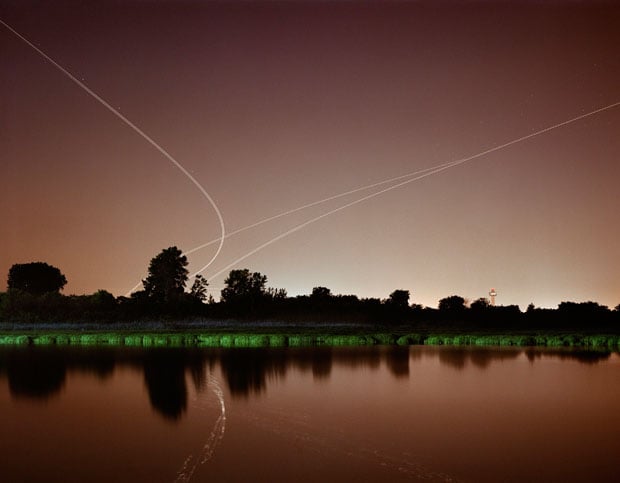 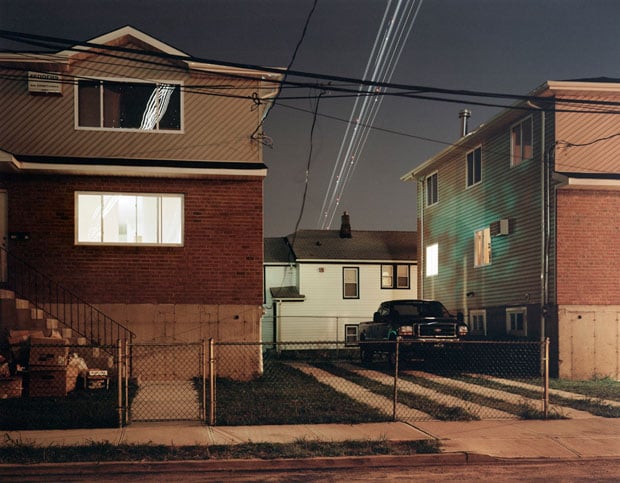 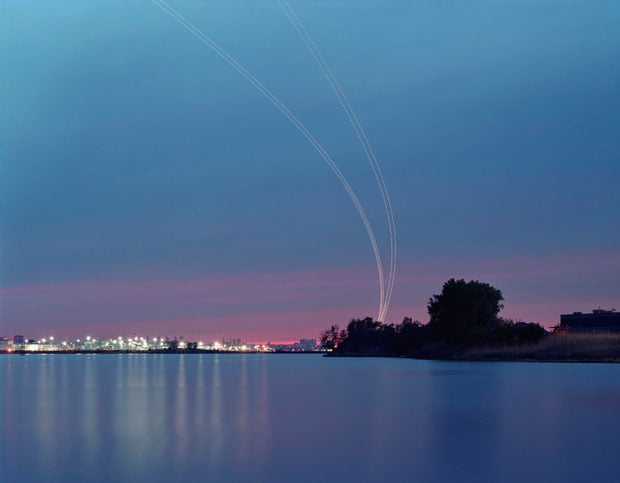 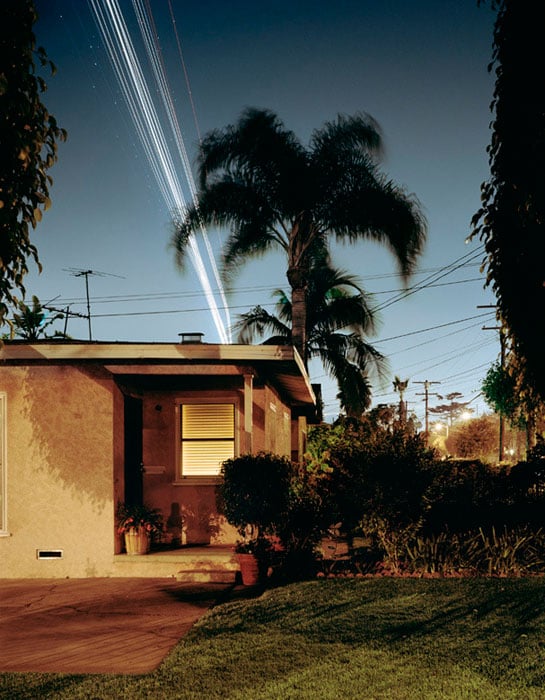 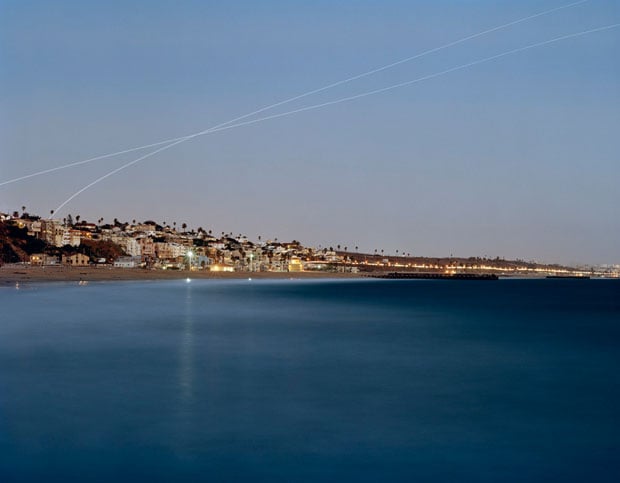 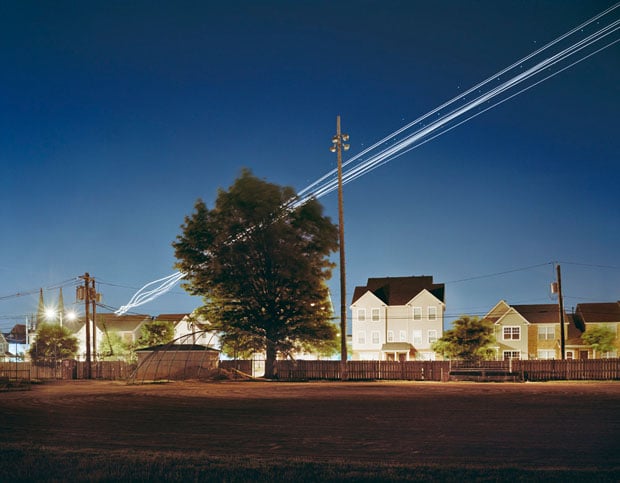 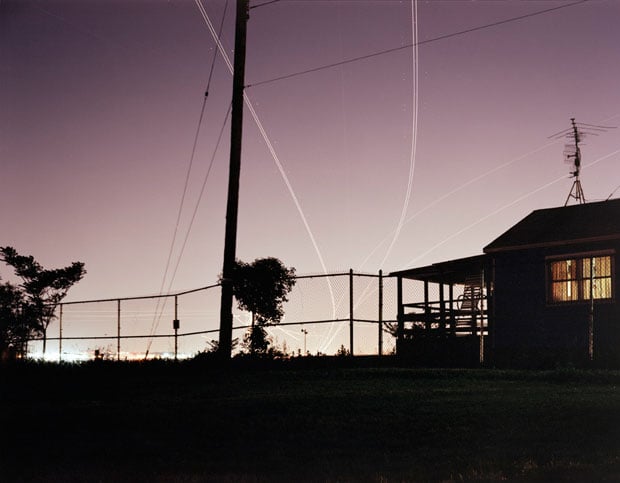 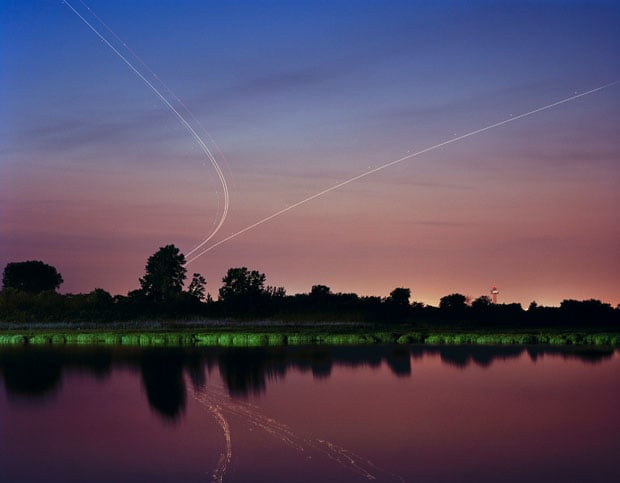 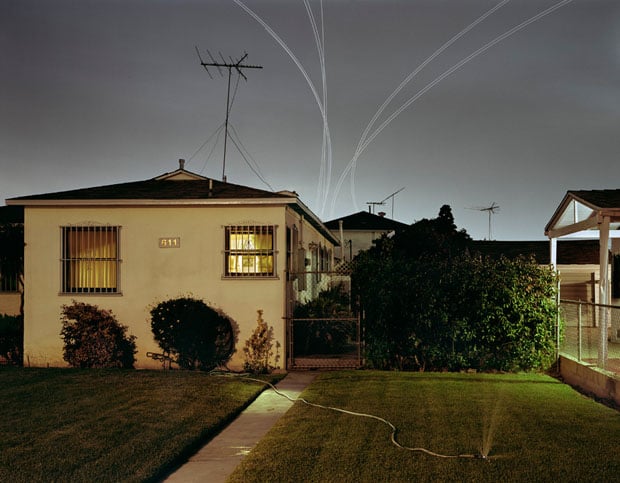 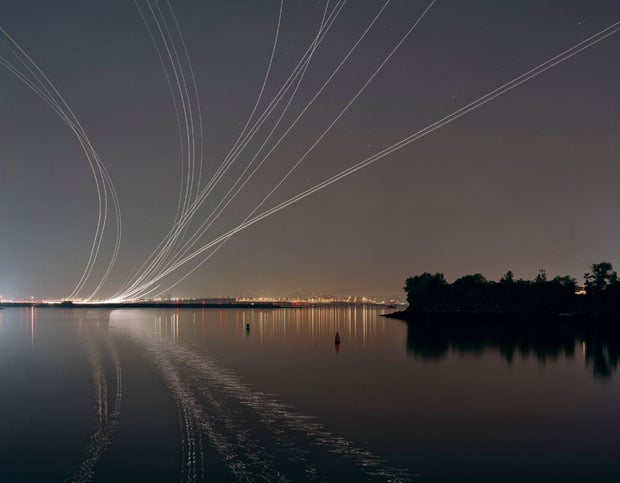 You might recognize Cooley’s name from two of his other projects that we’ve featured here before (here and here), both of which involved long exposure photos and military flares.