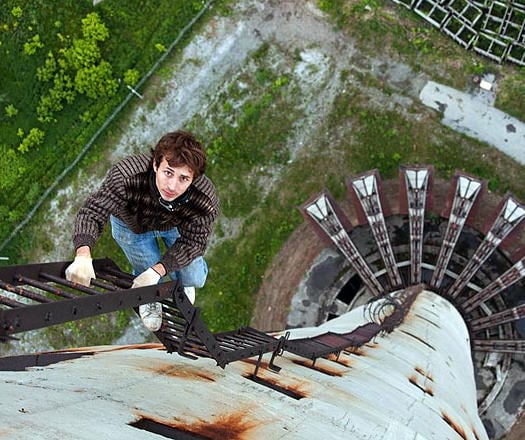 If you’re afraid of heights you may want to look away, and you should certainly never make friends with these daredevil photographers from Russia. We here in the U.S. have memes, young Russian photographers, it seems, have “skywalking”: the newest extremely dangerous photography fad to hit the Internet.

Skywalking basically involves a photographer making his way up to a death-defying height, and snapping a photo that’s meant to give you both a perspective you’ve never seen before, and that feeling like your stomach just made its way into your throat. Many of the photographers are in their teens, and unfortunately, with no sign of safety equipment anywhere in these photos, someone is gonna get hurt. 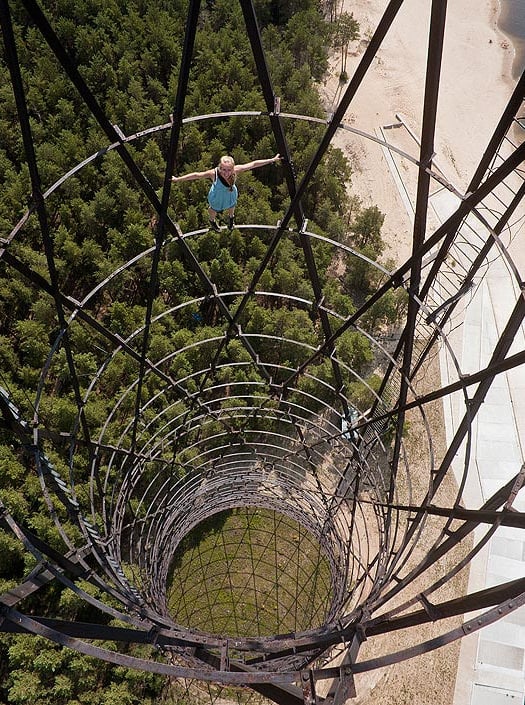 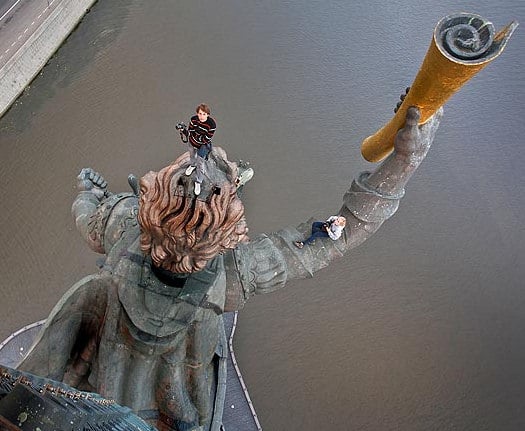 And you thought running with scissors was dangerous.

Here’s the photograph that resulted from the video above, captured by Russian teen photographer Marat Dupri: 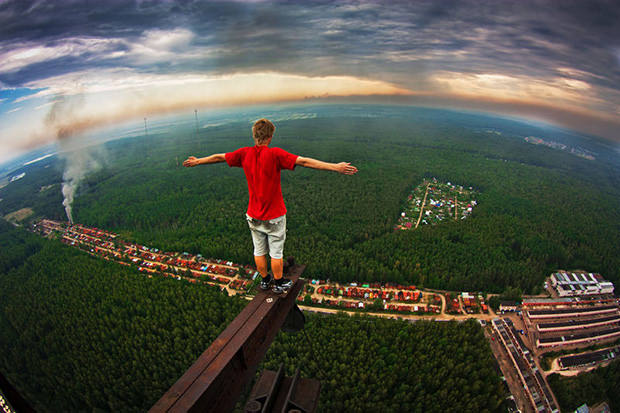 Be sure to check out Russian photographer Vadim Mahorov’s photoblog for more of these vertigo-inducing photographs.

(via MNN.com and The Sun.co.uk)