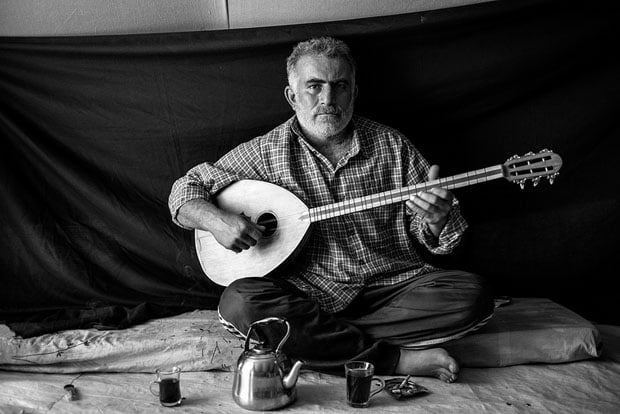 If you had to quickly flee both your home and country, what one possession would you make sure you take with you? It’s a question that reveals a lot about your life and values, and, unfortunately, is one that many people around the world actually have to answer.

NYC-based photographer Brian Sokol has been working on a project supported by the UN Refugee Agency titled “The Most Important Thing.” It consists of portraits of refugees in which the subjects pose with the one thing they couldn’t let go of when running away from home.


Sokol started the project in Sudan. More than 100,000 refugees have crossed the border between Sudan’s Blue Nile state and South Sudan’s Upper Nile state since November of 2011. Many of the refugees fled on a moment’s notice, bringing only what they could carry in their arms.

Sokol also took his project to the Middle East, where he photographed Syrian refugees who have fled from their country to neighboring countries that include Jordan, Lebanon, Turkey, and Iraq. Unlike the refugees of Sudan, Syrian refugees often flee under the guise of taking a family walk or leisurely drive. Thus, they commonly take little more than what can be worn on the body or stuffed into pockets.

The entire series’ are available through the UNHCR’s Flickr account. You can find the Sudan series here and the Syria series here.

P.S. This project reminds us a little of photographer Foster Huntington’s “The Burning House,” in which he asked people to lay out the possessions they would save if they found their house on fire.

Image credits: Photographs by Brian Sokol and used with permission