Here’s something that might give you a chuckle: it’s the invisible friend prank. The video above shows magician Rahat Hussein and prankster Jack Vale teaming up to pull this prank on unsuspecting passersby in Hollywood.


After asking strangers to take a photo for them, either Hussein or Vale kneels down at a specific location and puts his arm up, as if he’s hanging it around the shoulder of an imaginary friend. Once the photo is taken and the camera is returned, the photo is quickly switched with one that’s already saved on the camera — a photo that shows both men posing for a photo together. 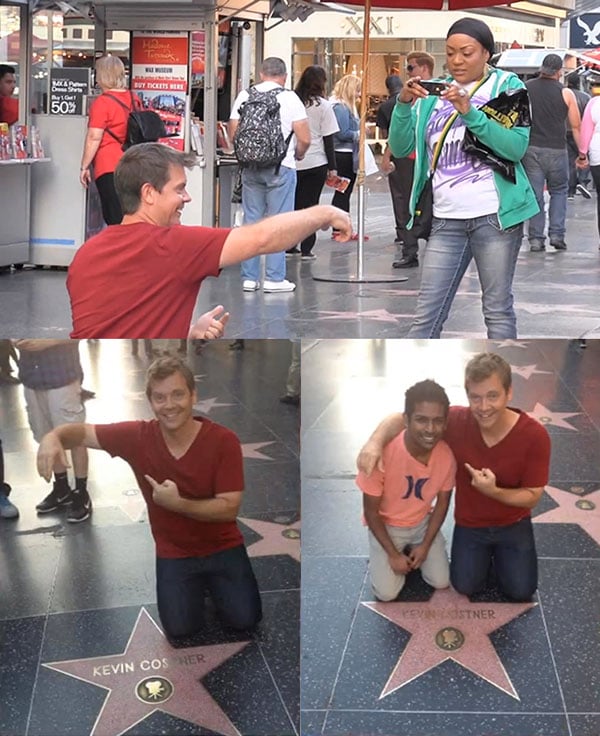 The video above captures the shocked reactions people have when they think they captured someone who wasn’t actually in the frame.

Here’s the outtakes reel from the stunt showing cases in which things didn’t go as expected:

We shared a different photo-related stunt a couple of years ago involving a Polaroid camera that was pre-loaded with a different instant photo.