Here’s a little bit of funny to get you through the rest of your Friday and send you off into the weekend in a good mood, because nothing helps alleviate stress like watching other people get the crap scared out of them… photo prank style.

This particular video was put together by prankster Jack Vale who has been so successful at messing with people he’s even been noticed by NBC and is now helping produce TV projects. In the video above, he asks strangers on the street to snap his photo in front of a sign, but just as they’re about to do it a pre-recorded ‘zombie’ walks across the screen. 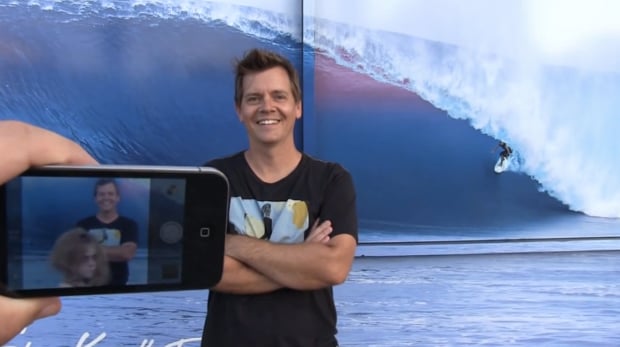 As you might imagine, reactions range from bewilderment, to terror, to laughter. Personally, I probably would have fallen somewhere in between the first two. It seems fairly obvious that the people aren’t actually taking a photo, but rather looking at a screen recording of Vale standing in front of that same sign in that same pose while a ‘zombie’ girl walks by.

Still, even with the few tell-tale signs (he doesn’t always perfectly sync with the video and we’re assuming pressing the shutter button won’t do anything) none of the people in the video saw it coming.

So check out the prank at the top to see some of the funny reactions for yourself. And if you want more when you’re done, check out this link for a look at the clips that didn’t make the final cut.