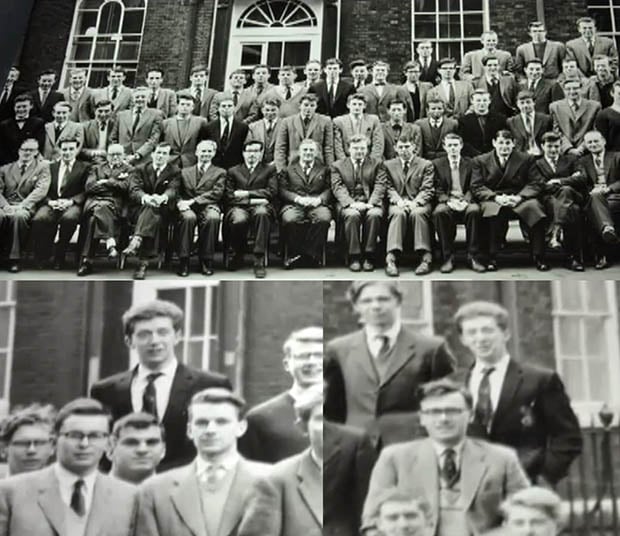 When the engineering students and staff of King’s College in London gathered together to take a faculty portrait, the photographer used an old camera that panned from left to right in order to capture an extremely long panorama of the entire group in one frame. It worked a bit like the panorama features on modern smartphones: start the exposure on one side of the frame, and then gradually sweep the camera across the scene while everyone in the frame stays as still as possible.


During that particular photo shoot, one of the students decided to have a little fun. Taking advantage of the way the camera worked, he stood still on one end of the group for the beginning of the exposure, and then hurried over to the other end while the camera was being panned.

The resulting photograph, seen in the video below, shows that student twice in one photo, as if he had an identical twin present at the shoot:

That’s one example of how people pulled photo pranks back in the mid-20th century.