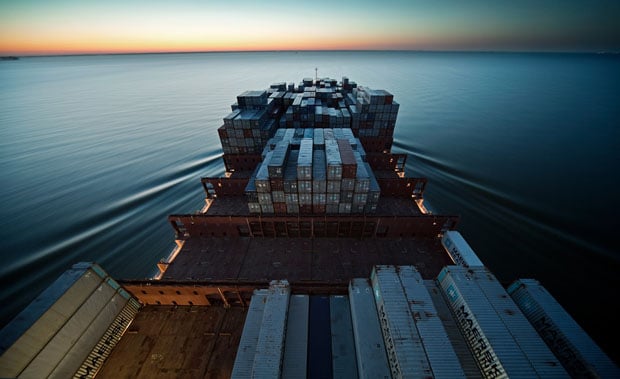 The Emma Mærsk is one of the largest ships in existence. In fact, when it first launched in 2006, it was the largest. Measuring in at almost a quarter-mile long, it can carry more cargo than a 41-mile-long train, and sports the world’s largest diesel engine under the hood.

Of course, numbers and statistics are hard to really fathom, so we’re fortunate that photographer Jakob Wagner was able to hitch a ride on the Emma Mærsk back in 2010 with his camera in tow.

At the time, Wagner was only a photographic assistant, but that didn’t stop him from wandering the decks taking pictures of the massive ship and compiling them into a photo series of his own dubbed Container.

Seventeen photos in all, Wagner captured the loading of the ship in Rotterdam, a 100-mile journey across the English Channel to Felixstowe, and everything in between. There’s even photos of the ships navigation deck, manned by an extremely laid-back captain: 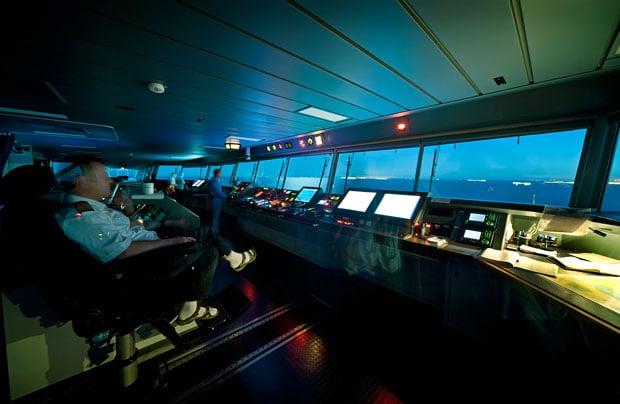 Here are the other photographs Wagner captured from aboard the ship: 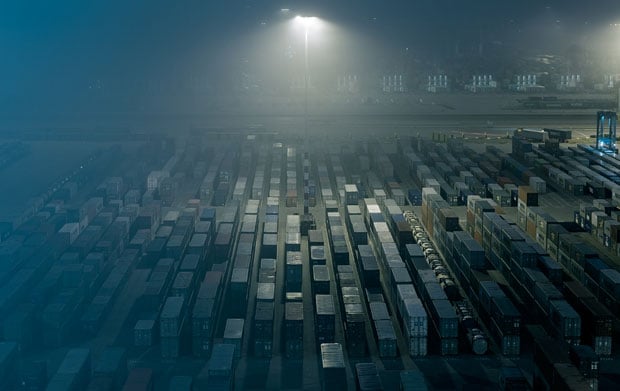 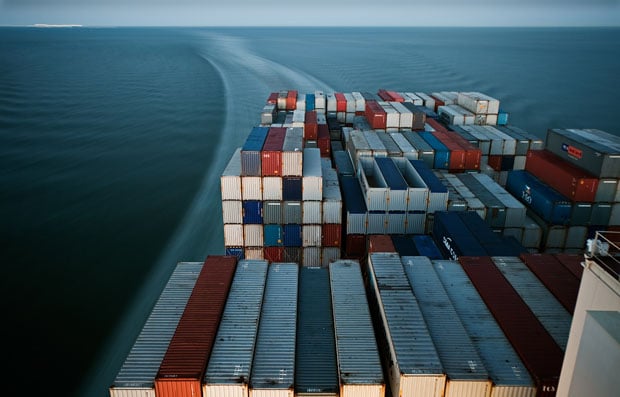 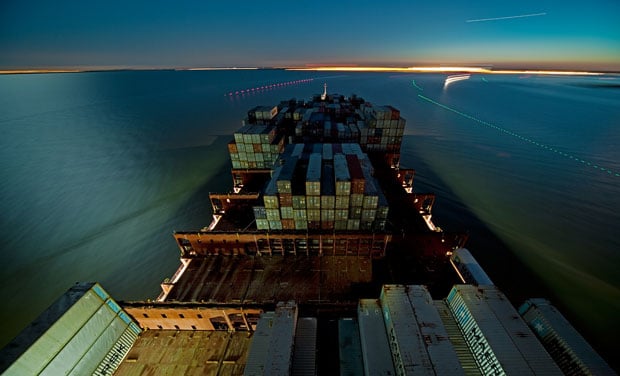 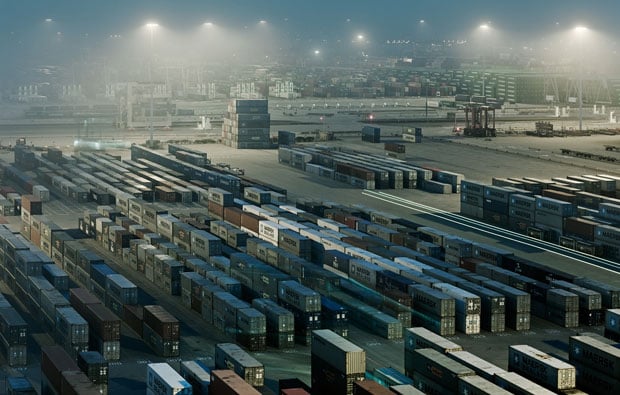 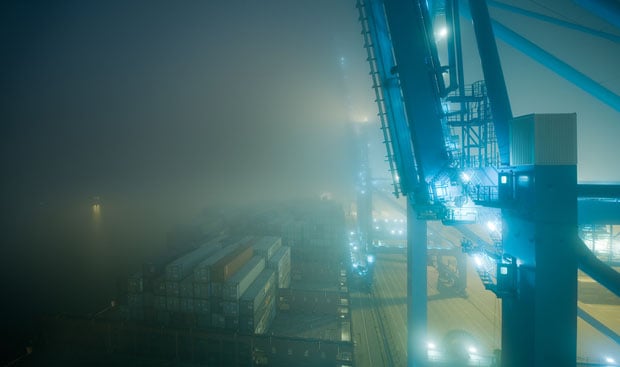 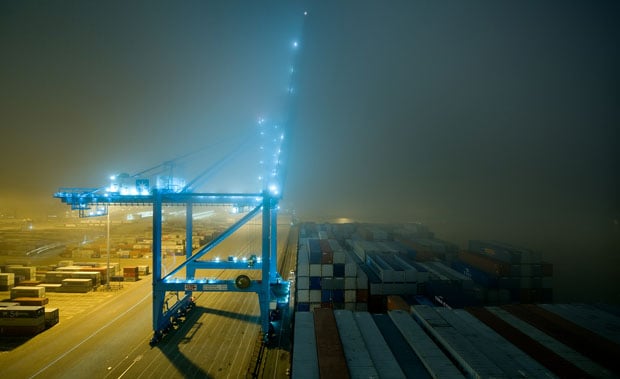 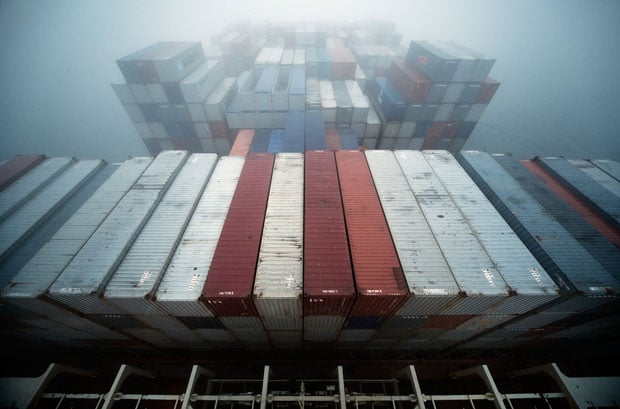 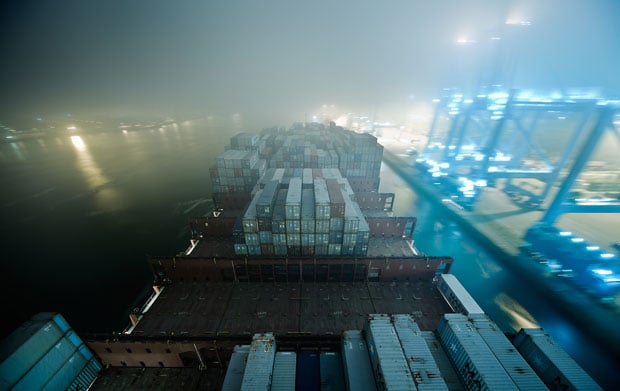 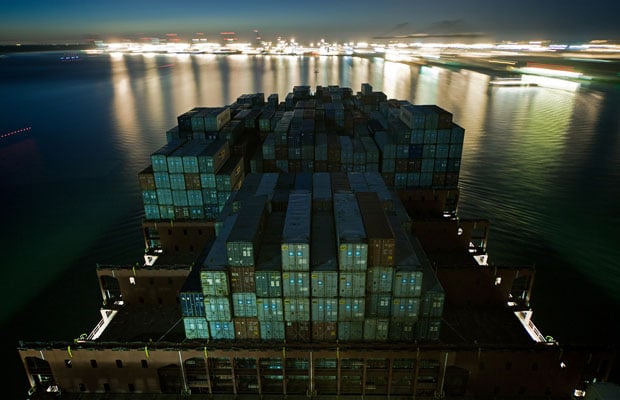 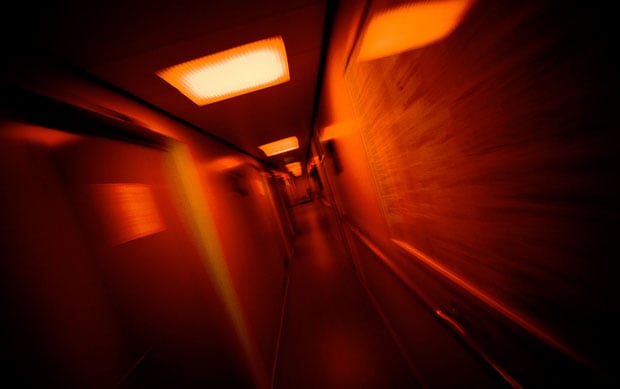 Sadly, at last update the Emma Mærsk was out of commission. As of late February, she was scheduled to be undergoing 4-months worth of repairs in Italy after taking serious damage in the Suez Canal a month earlier.

But have no fear, if you like huge ships, you’ll be happy to know that Mærsk has already ordered an even larger set of “Triple E-Class” vessels, the first of which are to be delivered in 2014. Now if we could just figure out a way to get Wagner on one of those …

(via Jakob Wagner via Gizmodo)

Giraffic Park: When Photographing on a Safari, Beware the Hormonal Giraffes

Did You Know: TIME Magazine Once Gave Away Free 35mm Cameras to Subscribers