If you’ve turned on the news over the past couple of days, the name Costa Concordia probably came up a time or two. The massive 114,500-ton luxury liner crashed into the reef off the coast of Tuscany in January of 2012, where it has been sitting on its side ever since.

Yesterday, a group of 500 engineers were given the O.K. to finally begin righting the ship, and what followed was an incredible 19-hour salvage operation that the BBC was kind enough to capture in time-lapse. 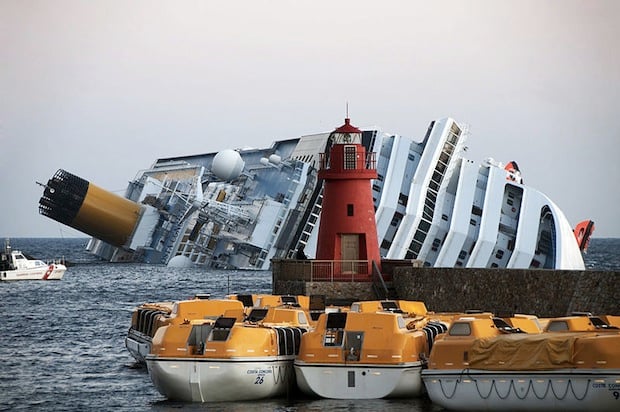 What the time-lapse shows is known as a parbuckle salvage, where leverage is applied to one side of the sunken ship to turn it into an upright position. What’s special about this particular salvage is that it will go down in the record books as the largest salvage operation in maritime history.

As you can see, the salvage was a huge success. All 114,500 tons are now sitting in the correct position as engineers work to fix the ship enough so that it can be towed to a nearby port and dismantled.