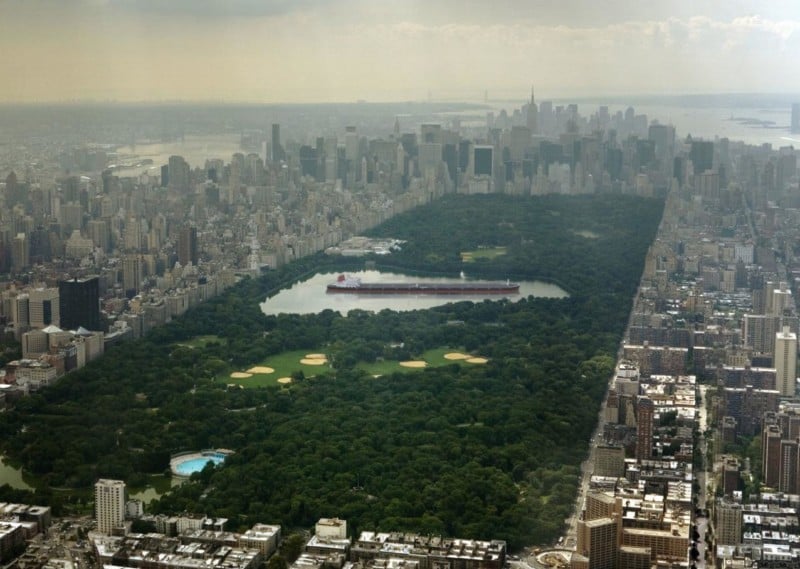 Without a frame of reference, it’s impossible to conceptualize how massive the world’s largest oil tanker, the world’s deepest mine, or a B-2 bomber’s wingspan really are. That’s where these composite photos by Kevin Wisbeth come into play.

Wisbeth is a college student and the creator of YouTube channel A Quick Perspective, which helps put the size (and other characteristics) of huge manmade, earthbound, and even celestial objects in layman’s terms. These concept images are ones he decided not to use in his videos, and so he released them online instead.

So if you’re wondering how large the world’s largest oil tanker, the Seawise Giant, actually is, you can see how it would just barely fit inside the huge Jacqueline Kennedy Onassis Reservoir in Central Park (photo above).

Scroll down for more interesting comparisons:

If you enjoyed these, you can see more (and more in-depth) comparisons over on his YouTube Channel.

Image credits: Images and captions by Kevin Wisbeth and used with permission.