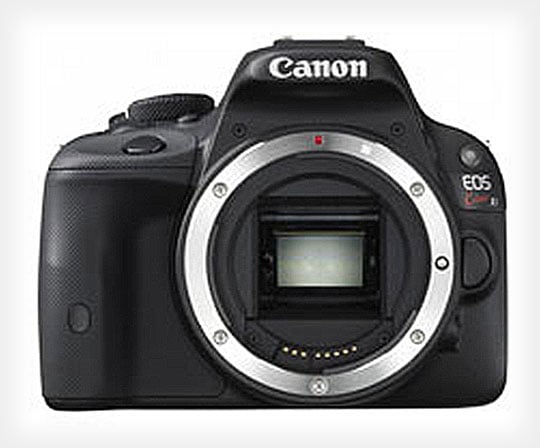 Canon’s soon-to-be-announced pint-sized DSLR is now nearly completely leaked. Just days after detailed specs were leaked by Best Buy, two photographs of the camera itself have emerged on the web.


The photos, shown above and published by Digicam-info, show that the camera is shaped very much like a Rebel and will come in a package that includes a STM EF-S 18-55mm f/3.5-5.6 IS kit lens: 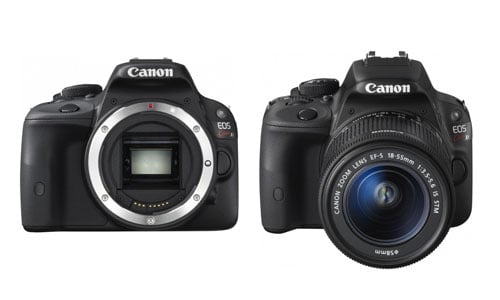 The $799 camera is set to feature an 18MP sensor, a DIGIC5 processor, a 3-inch LCD screen with 1.04 million dots, 4fps continuous shooting, HD video recording, an ISO range of 100-25600, a 9-point autofocus system (with the center one being a cross-type), special scene/effect modes, and an SD card slot.

The body will reportedly weigh 370g with the body only, and 407g when the battery and memory card are inserted. Photographer Carsten Schlipf published an overlay of the new DSLR on top of the EOS 550d/Rebel t2i, based on the dimensions listed in the specs: 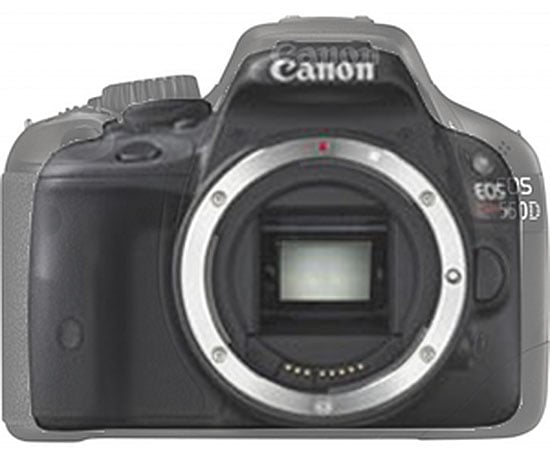 The existing entry-level Rebel is already quite a tiny DSLR, so this new camera will indeed come with unprecedented portability. It might not be as small as most mirrorless cameras (especially in depth), but it’ll be much more portable than any of Canon’s existing DSLR offerings.

(via Digicam-info via Canon Rumors)