Leading up to the 2004 Olympics, before Michael Phelps was quite as big a deal as he turned out to be, photographer Greg Heisler had the opportunity to shoot him for the cover of Time magazine. He initially planned to photograph Phelps at the Stanford pool where he was training, only to find out that it was too close to the Olympics and that wasn’t an option.

Still, Heisler refused to let go of his vision of capturing Phelps awash in that blue “pool glow.” Enter some serious ingenuity, a lot of testing, a few home-made strip lights, some blue gels, Strobist yelling the F-word in a supermarket line out of jealousy, and a behind the scenes video to explain it all. 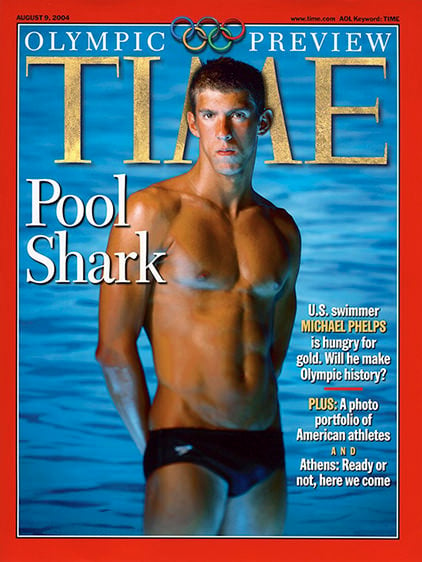 One of the most impressive things mentioned in the video — excluding the many technique take-aways — is how much planning and testing went into this shot. Heisler’s first few ideas didn’t pan out at all using test subjects; you can imagine how frustrating it would have been had he not discovered that ahead of time.

It just goes to show how much creativity, expertise and patience it takes to become one of the best.