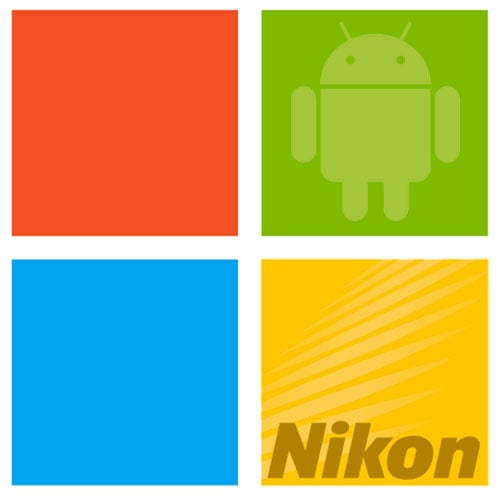 Microsoft announced yesterday that it has entered into a patent licensing agreement with Nikon for Nikon’s Android-powered digital cameras. While the details of the agreement were not revealed, Microsoft did say that it will begin collecting royalties from Nikon for certain camera models.

You might be wondering what Android has to do with all of this, since it’s not a Microsoft project. Android is a Google-backed, Linux-based, open-source operating system, but just because it’s free software doesn’t mean it has been cheap for device manufacturers to use it on their gadgets. The reason? Patent claims.

A number of large tech companies have been forcing device manufacturers to sign licensing agreements in order to protect themselves against patent infringement lawsuits for various components of Android. It’s not just computers and phones, either. Since Android is now being baked into dedicated cameras, camera manufacturers (e.g. Nikon) have begun feeling the pressure.

Now that Nikon is agreeing to play nice with Microsoft, it can carry on with selling the Coolpix S800c (its first Android-powered compact camera) and spreading Android to more of its future cameras without worrying about Microsoft launching a troublesome lawsuit against it.

Other camera manufacturers that are already in the Android-powered-camera game include Polaroid and Samsung, and the latter has already entered into a similar licensing agreement with Microsoft.

As more and more camera companies are moving into Internet-connected mobile-OS-powered smartcameras, many of them will likely turn to Android as their OS of choice. If that happens, Microsoft stands to reap quite a bit in royalties from the camera industry.

(via Microsoft via ZDNet)

The Face of Bureaucracy: Portraits of Civil Servants Around the World