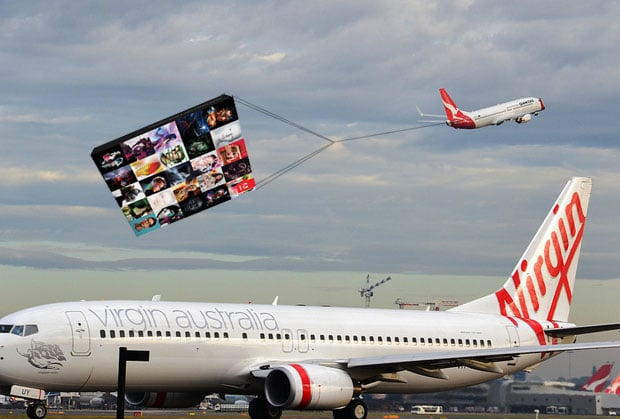 Here’s a crazy fact that’s making the rounds on the Internet: if you live in Australia, it’s currently cheaper for you to fly to the US and back to purchase a copy of Adobe Creative Suite Master Collection than to purchase it in your own country.


Gizmodo reported yesterday that the CS6 Master Collection currently carries an official MSRP of $2,599 in the States, but carries a crazy price tag of $4,334 in Australia.

News.com.au looked up current ticket prices, and found that you can take a trip to Los Angeles from Sydney on Virgin Australia for $1147.58. So basically, instead of shelling out over four grand for the box set in Australia, you can take a vacation to the US, pick up a copy of the software while you’re here, and fly back home — and still save hundreds of dollars ($587, to be exactly). And you’ll pick up some airline miles, to boot.

Adobe was recently summoned before the Australian Parliament to explain why prices for its software is so much higher in Australia than in other countries around the world. The company responded to the inquiry earlier this week by dropping the annual subscription cost of its Creative Cloud to $50 per month (down from $63) — the same rate as it charges customers in the US. Non-long-term subscriptions were dropped from $95 to $75.

While that’s fantastic news for those interested in doing a perpetual monthly payment for software instead of paying one time for a boxed copy, creatives who would prefer the latter are still stuck with sky high prices for now.

If you’re in that boat, at least now you know that you have the alternate option of receiving a free vacation.

(via Gizmodo via News.com.au via Neowin)

Image credit: Photo illustration based on Virgin Australia 737 by Simon_sees