You probably didn’t know this, but at the beginning of this year, you could still purchase a brand new boxed copy of Adobe’s four-year-old Creative Suite 6 by calling an Adobe call center. But as of January 9th, Adobe officially pulled the plug on CS6: now it’s Creative Cloud or bust.

The news wasn’t so much announced as slipped into an update to Adobe’s CS6 webpage. If you visited the page at the beginning of January, you would have seen this thinly-veiled sale pitch trying to get you to subscribe to CC already: 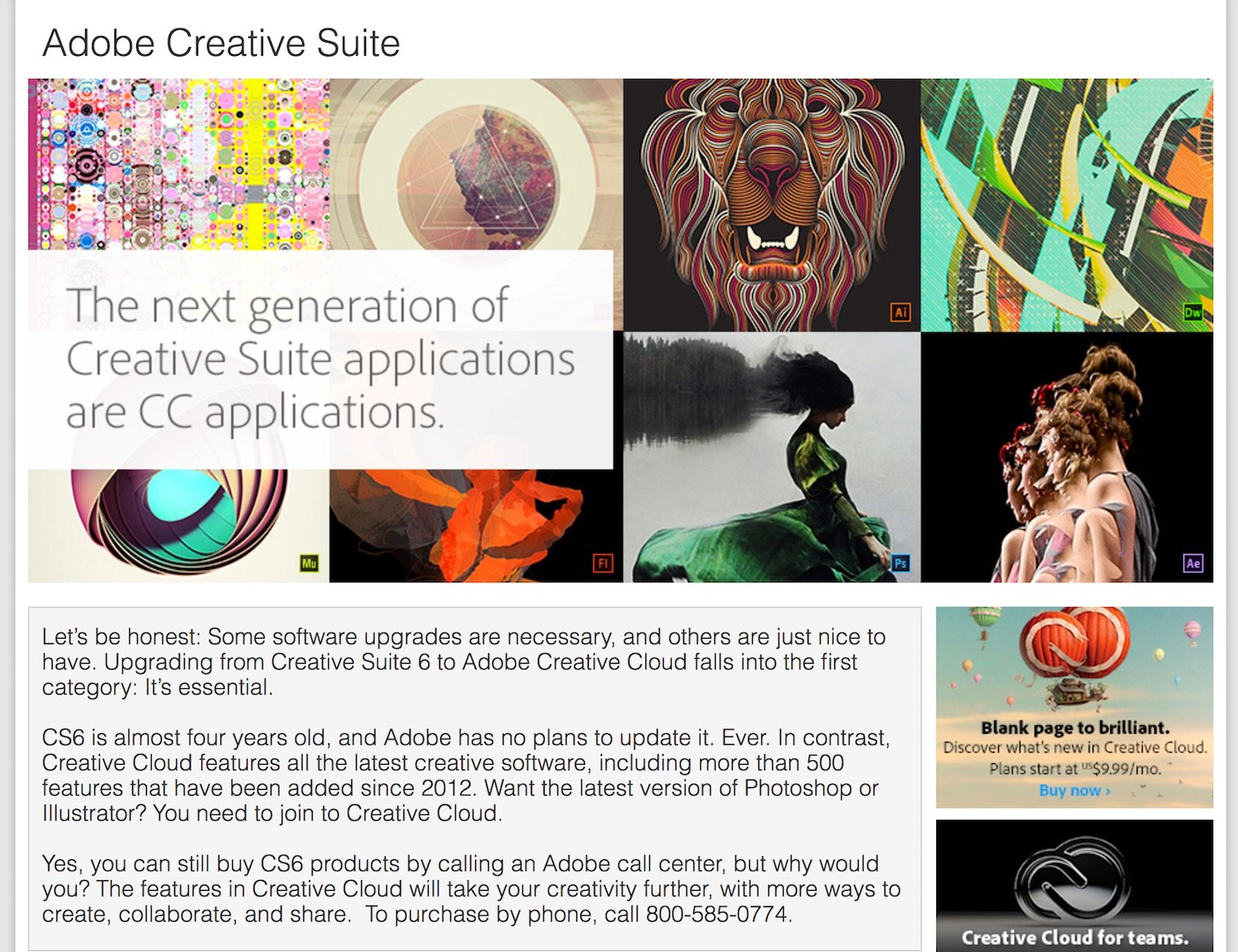 “Yes, you can still buy CS6 products by calling an Adobe call center,” reads the statement, “buy why would you?” You might be able to name a reason or two…

Today, the page greets you with a new message: “Adobe creative apps are available exclusively through Creative Cloud.” Followed by, in smaller type at the bottom, “As of January 9, 2017 Creative Suite is no longer available for purchase.” 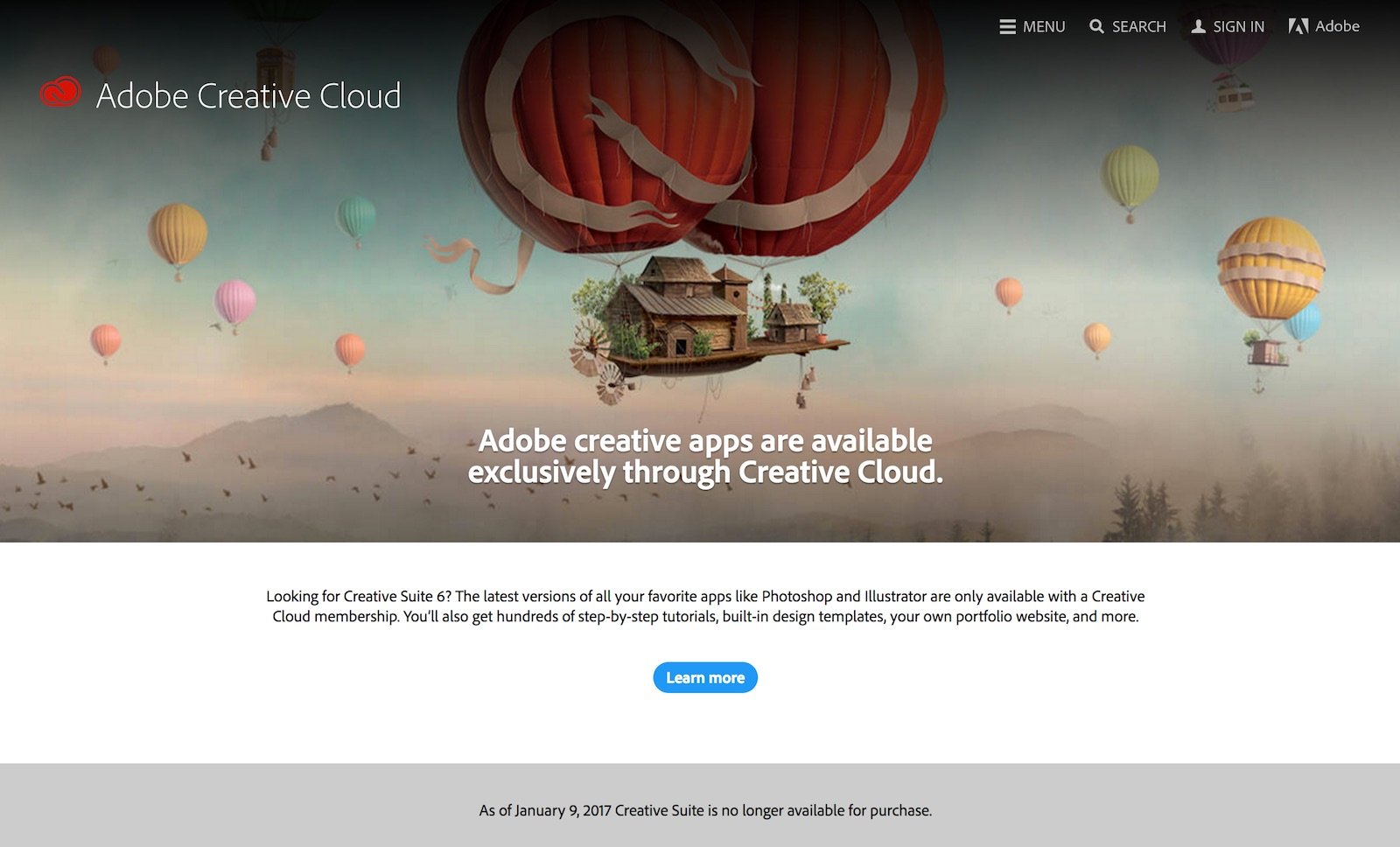 Of course, this comes as no great surprise for any of us—Adobe has made no mystery of its intent to move 100% to the subscription model, and it stopped updating CS6 years ago. But it does beg the question: what about Lightroom.

According to Photofocus, Lightroom is safe for now… but we wouldn’t be at all surprised if Adobe pulled the plug on the stand-alone version of LR within the next year or two. We can think of about 5.85 billion reasons why they would.