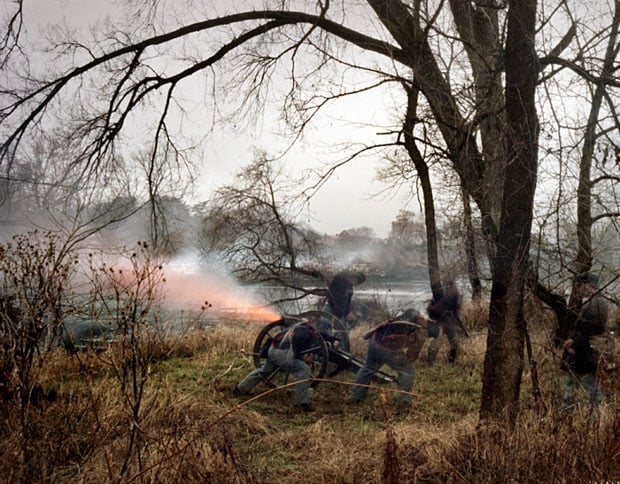 To commemorate the 150th anniversary of the Civil War, photographer Michael Falco is shooting a project titled “Civil War 150 Pinhole Project.” His goal is to highlight the haunting beauty of civil war battlefields and to chronicle the various battle reenactments that are happening all across the country. To do so, he’s using large format pinhole cameras that gives the poetic images an old fashioned look.


To capture the battles from a soldier’s perspective, Falco first does careful research and planning regarding the terrain, line of sight, and tactical considerations. He writes that even 150 years later, it’s possible “to stand on these fields and see for yourself and feel for yourself the power and terror of those events in the 1860s.” Those feelings are part of what he attempts to capture with his pinhole shots.

Falco’s pinhole camera also captures the reenactments in a dreamlike way, using its blurry aesthetic to give anonymity to the re-enactors involved in the scene. The images are about the battles rather than the individuals — Falco himself was “embedded” with the troops, offering a perspective of what it was like to be a 19th century photographer on the battlefields. 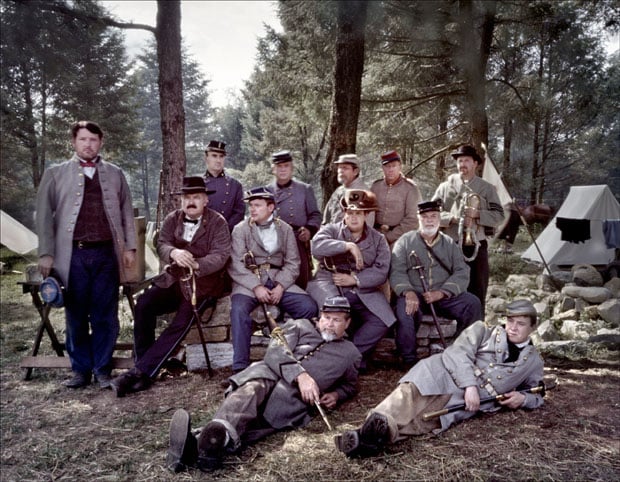 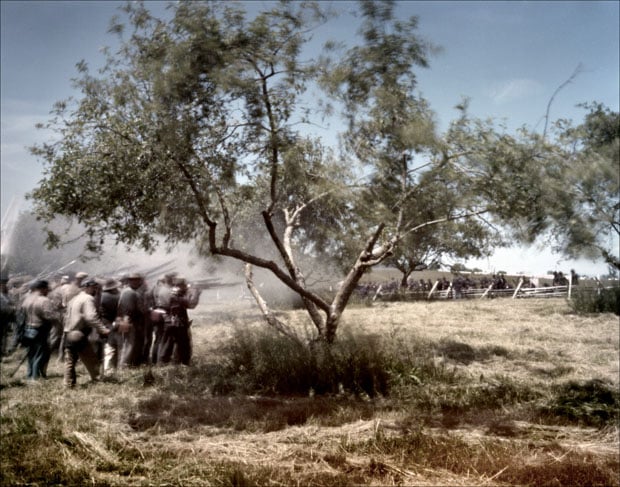 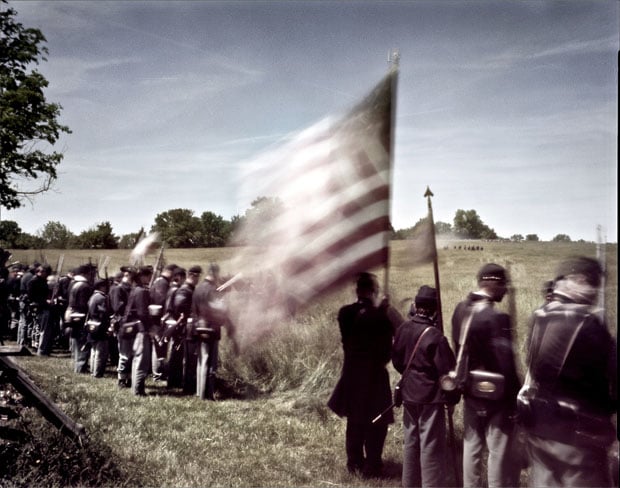 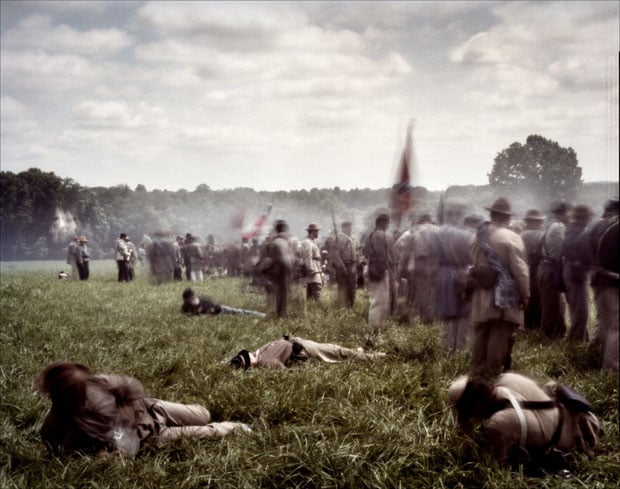 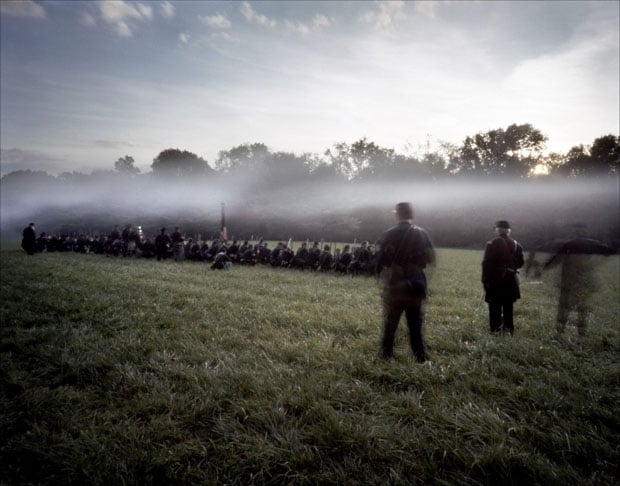 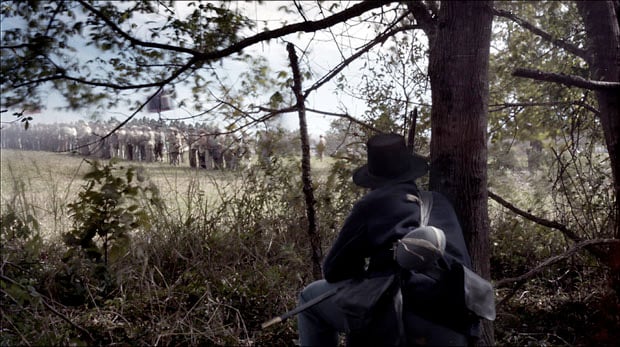 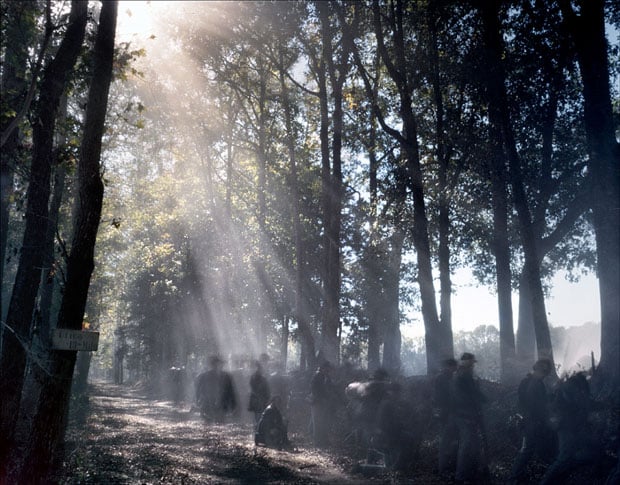 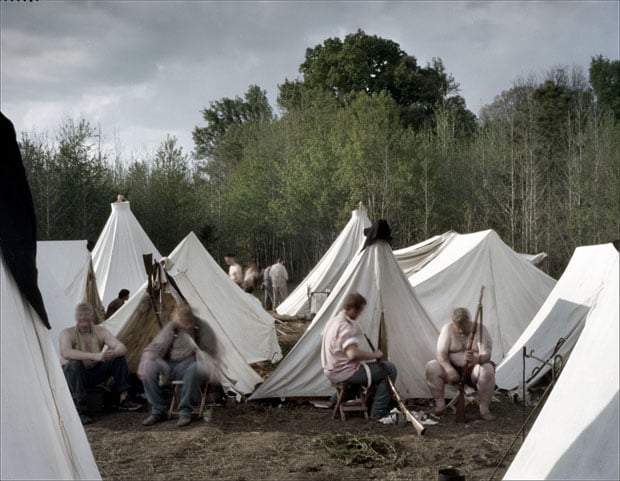 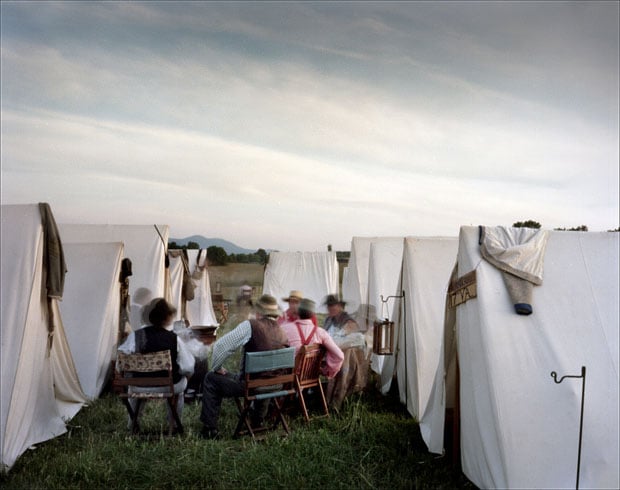 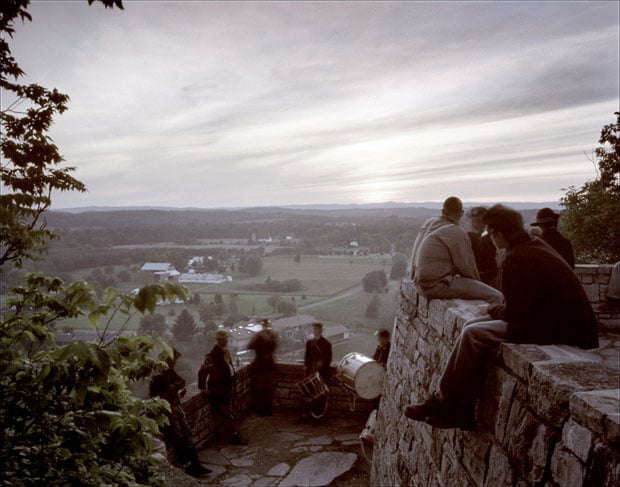 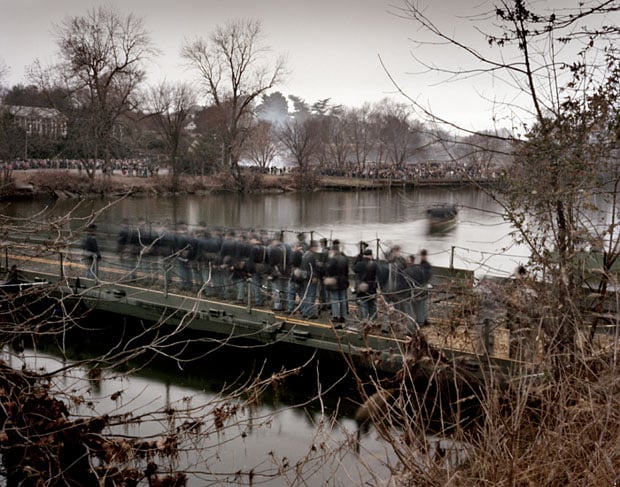 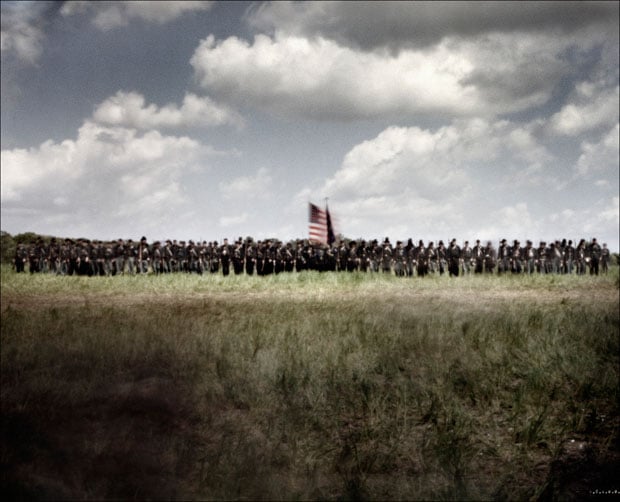 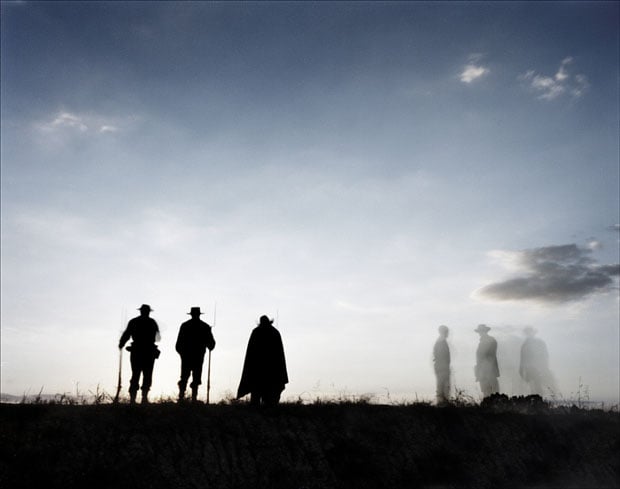 The project will eventually cover all the major battles in the Civil War, following along with the war’s timeline. It will be completed at Appomattox, Virginia in April 2015. It’s already drumming up a good deal of interest, though — though it’s still young, the project has already been recognized by the Library of Congress and is now part of the National Archive.

You can find out more about the project over on its website, and see more of these gorgeous photographs in the gallery.