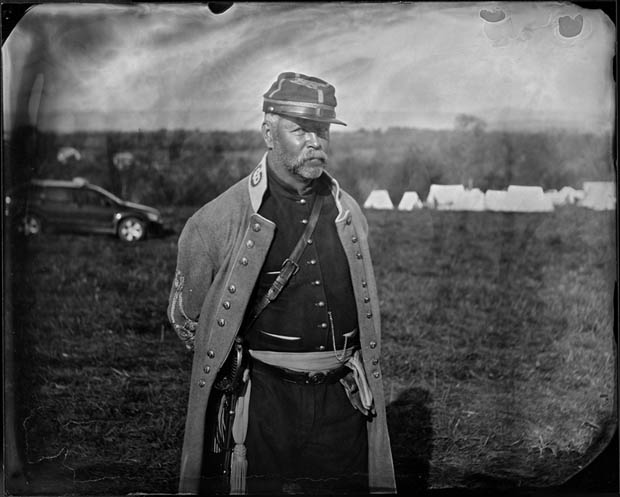 At first glance, New York-based photographer Richard Barnes‘ Civil War photos might look like they were taken from some museum or historical photographic archive. Look a little closer, however, and you’ll begin to notice things that are quite peculiar. In one of them, there’s a pickup truck parked in the background. In another, a man wears a T-shirt and baseball cap — certainly not the fashion you’d expect to see in a mid-1800s photo.

The truth is, Barnes creates beautiful war photos that appear to be from over a century ago by using the Civil War-era process of wet plate photography to capture modern day Civil War battle reenactments. 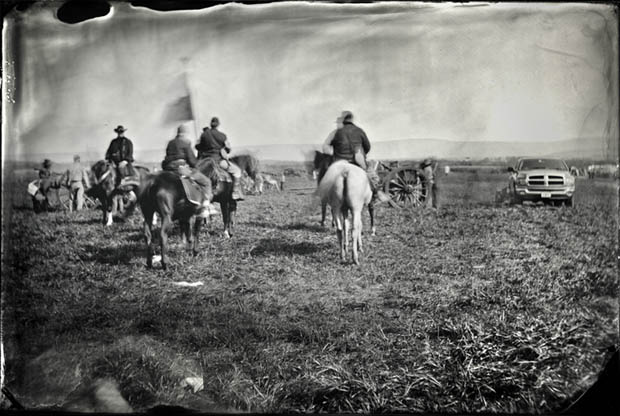 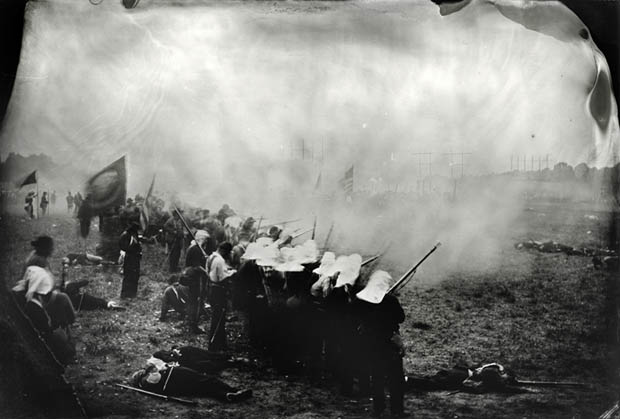 His project is interesting because of the historical significance of Civil War photos. They were the first photos to show dead soldiers of a war prior to burial, and many of the images we have were created by two pioneers of photojournalism and combat photography: Mathew Brady and Alexander Gardner. In a statement on the project that he shared with us, Barnes writes,

My particular interest in photographing reenactments is not to cover them as a contemporary photojournalist might, with a digital camera and a motor drive, but rather to put myself in the shoes of Alexander Gardner and attempt to make images that have the look and feel of what it would have been like to actually be in the field at the time of battle. To achieve this, I am using a large format camera and the same wet plate process employed by Matthew Brady and his associates.

Ultimately I seek to go beyond the nostalgia of recreating the look of images from another era, but rather my aim is to explore a creative tension that addresses the artifice of the reenactment in juxtaposition to the evidence of contemporary life, occurring within and at the periphery of the photographic frame.

An interesting thing to note about Barnes’ work is that the out-of-time elements seen in them aren’t accidental. He tells NBC’s Photoblog that his goal isn’t historical accuracy, but art: 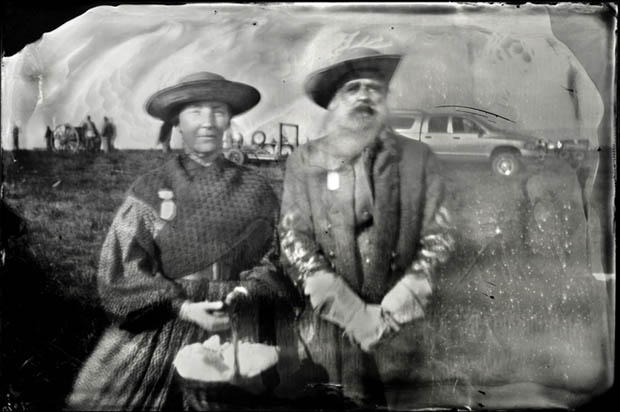 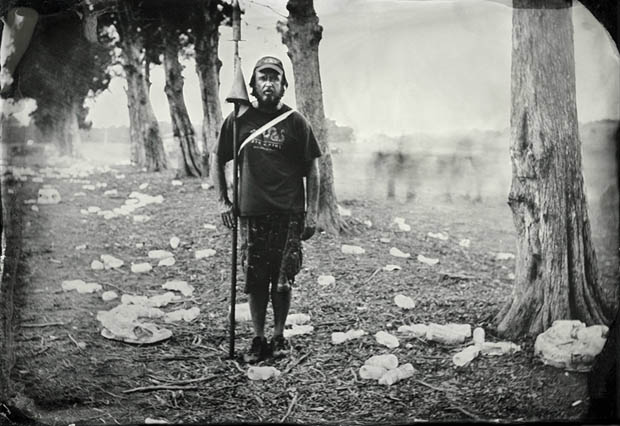 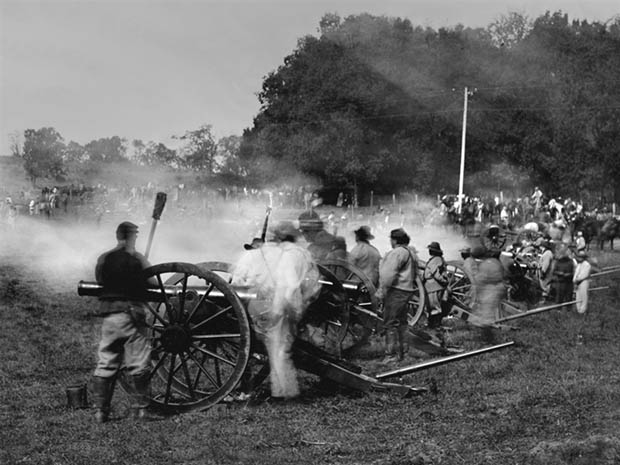 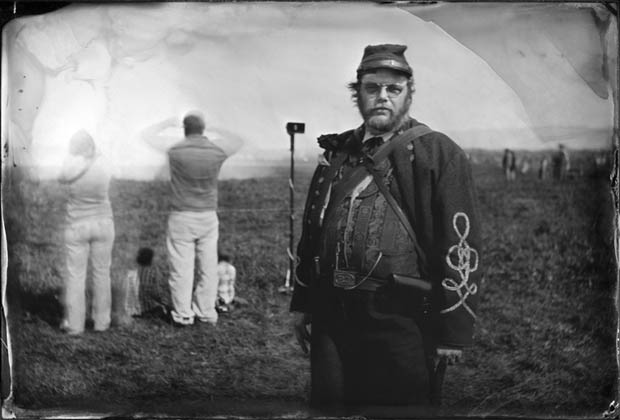 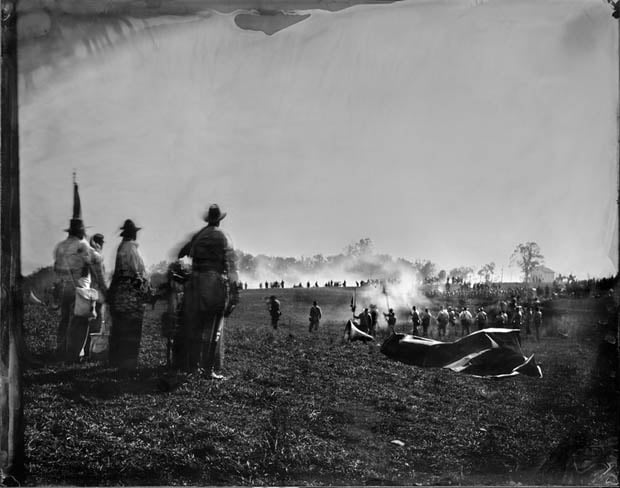 You can see more these photographs over on his website.

Image credits: Photographs by Richard Barnes and used with permission