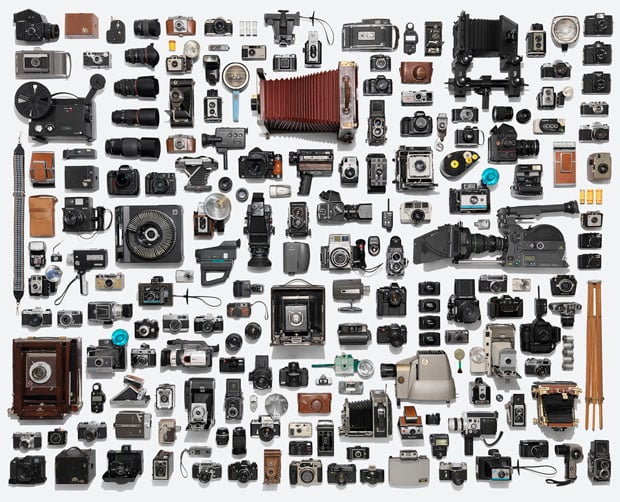 We’ve shared photographs of neatly arranged camera gear before, but they’ve generally been cameras disassembled into its individual components. Photographer Jim Golden took the whole “neatly arranged” concept to a whole new level recently: he shot the photograph above after arranging more than 190 cameras, lenses, and accessories in his studio.


Golden tells us that he had been wanting to shoot a photo like this for around a year when Nike’s in-house photo production team approached him to commission the image to decorate a new studio they were building in Portland, Oregon.

He then set to work with his stylist Kristin Lane and his photo assistant Sam Slater.

The equipment seen in the photograph was provided by 20 different photographers in the Portland area. It includes all kinds of gear, from large format cameras with bellows to the latest and greatest DSLR lenses. Golden had the photogs drop off their gear collections a few days prior to the photo shoot.

The morning of the shoot, he and his team took all the gear out of their protective cases and arranged them on tables. They then set the largest cameras and pieces down on the ground first, and arranged the smaller items around the larger ones.

Neatly arranging all the items took roughly 10 hours to do. 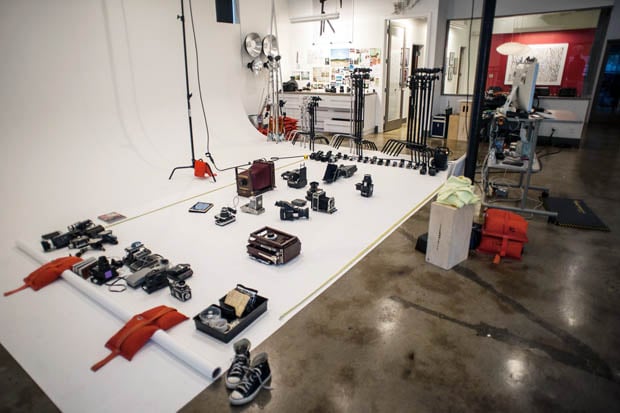 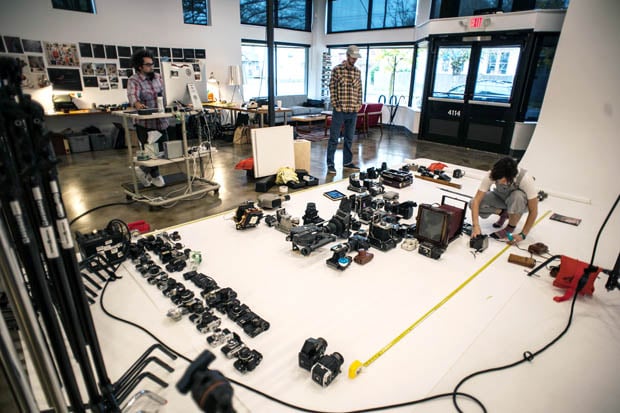 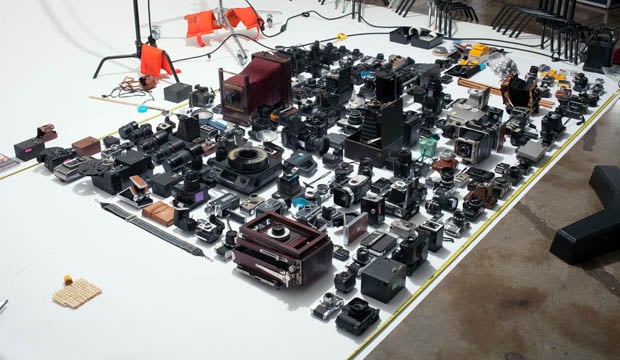 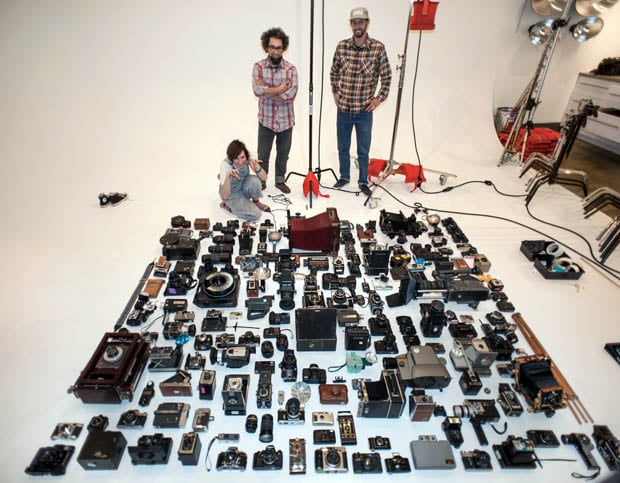 The final photograph was turned into a 120x96in (10x8ft) print that is now being displayed in the atrium of Nike’s new photo studio (click the photo below to see a higher-res version of the image).

You can have a print for yourself if you’d like — Golden is selling large-ish prints of the piece.

Image credits: Photographs by Jim Golden and used with permission