What do you get when you combine 368 5MP cellphone cameras into a mosaic and add some other super-secret parts? You get the DARPA-funded Autonomous Real-Time Ground Ubiquitous Surveillance Imaging System (or ARGUS-IS), and this puppy can see your house from, well, wherever it darn well pleases.

Altogether, ARGUS-IS is a 1.8 Gigapixel drone-mounted surveillance system that took 30 months and $18.5M to become a reality. The video above is a clip from a new PBS documentary titled “Rise of the Drones“. It offers a fascinating peek at what the drone cam is capable of. 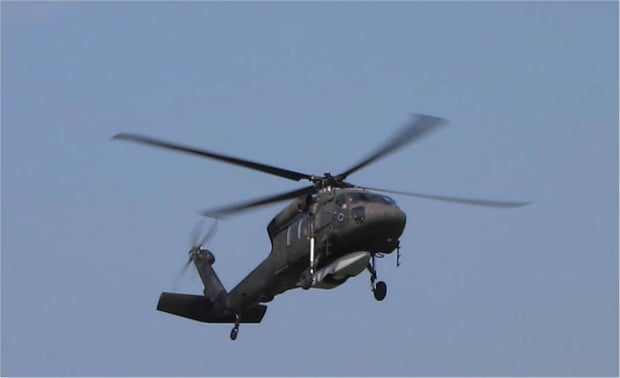 Here are a few mind-blowing facts to put the ARGUS-IS’s camera into perspective:

ARGUS can scan 25 square miles of ground surface in extremely high detail, all at once, from 20,000 feet. It’s like having over 100 predator drones scanning an area the size of a medium-sized city at once.

This thing can pick up objects as small as 6-inches on the ground and see you waving at your buddies from 17,500 feet in the air. And all of the imaging data it collects is stored at a rate of about one million terabytes per day.

Whether or not ARGUS-IS is hovering somewhere over your city right now is classified information, but be sure that it’ll likely see you if it is. And even though we’re not thrilled at the prospect of an all-seeing eye in the sky, the pixel war is really gonna heat up if/when this technology trickles down to us mere mortals.

(via DARPA via Gizmodo)