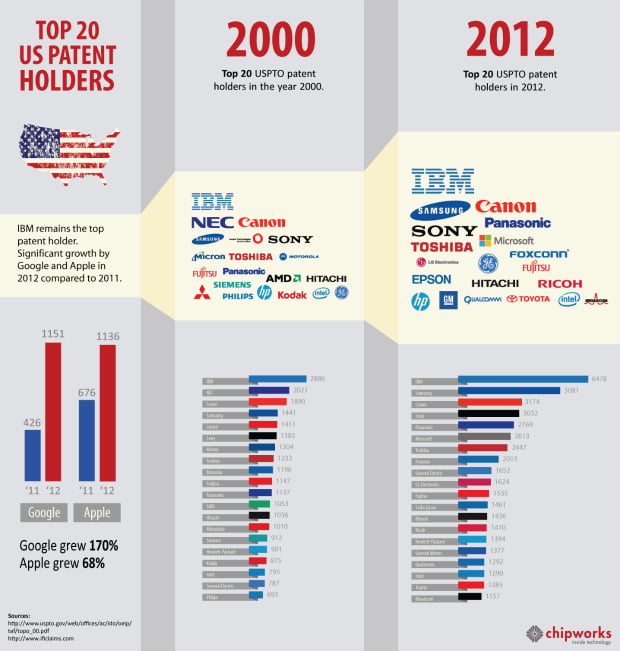 The folks over at Chipworks have come out with an interesting infographic that shows the top U.S. patent holders in 2012, and compares them to the same list from 2000. Beyond just gawking at the increase in the sheer number of patents held by each company, we were pleased to see camera manufacturers making a strong showing.

Of the top five holders, only IBM (at number 1) doesn’t make cameras. Canon has been the most stable, sitting pretty at number 3 in both 2000 and 2012, but rounding out the top 5 are Samsung at number 2, Sony at 4 and Panasonic at 5.

Of course, none of those four are exclusively camera companies (although Canon gets close) — and Samsung’s leap from number 4 to number 2 probably has more to do with televisions, computers and smartphones — but it’s interesting to see a visual breakdown of the war for patent supremacy we keep hearing so much about.