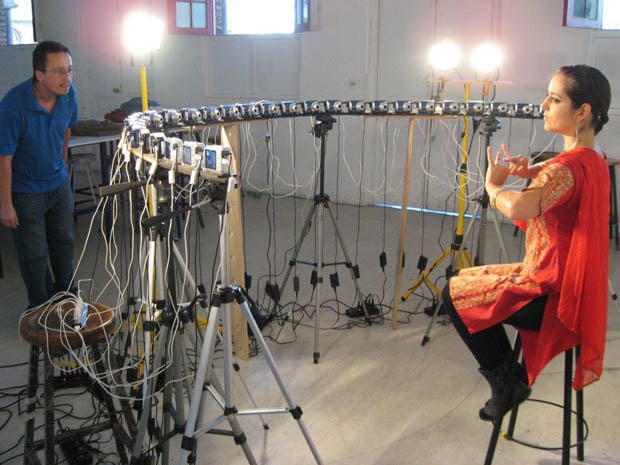 Chilean visual artist Felipe Baeza is doing some pretty interesting work with Matrix-style camera rigs. Instead of bullet time videos, Baeza uses his rig to create 3D portraits of subjects that can then be displayed in augmented reality or through a 3D model viewer.


Baeza began experimenting with the technique starting in 2003. He uses both film cameras and digital Canon point-and-shoots that have been modified with Canon Hack Development Kit (CHDK) firmware.

Here are some photographs of the rigs Baeza uses: 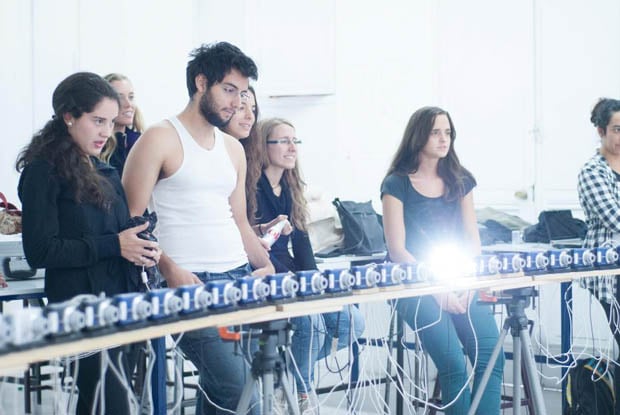 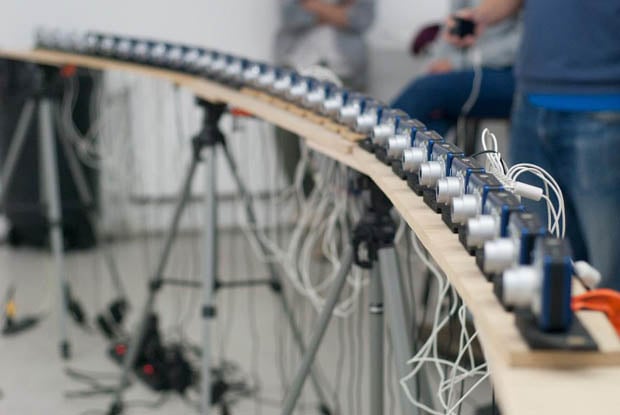 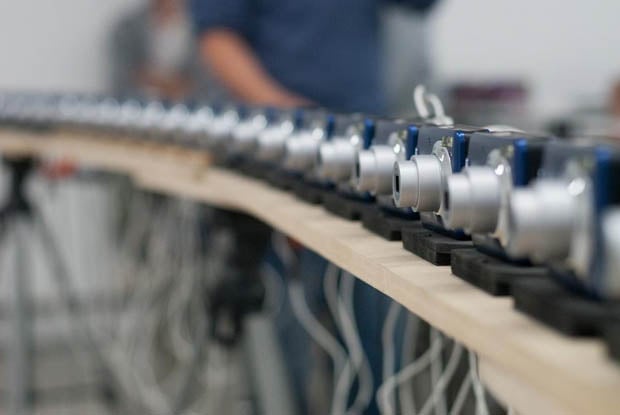 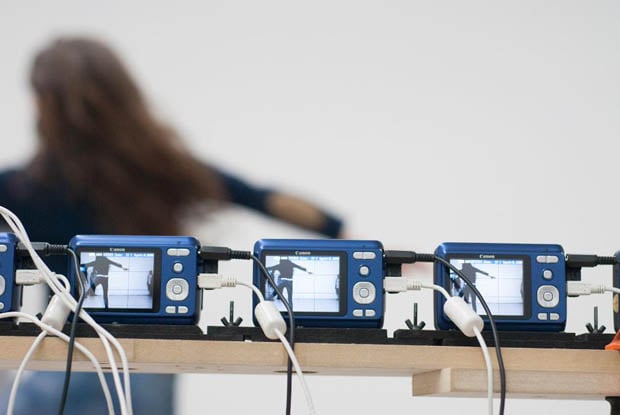 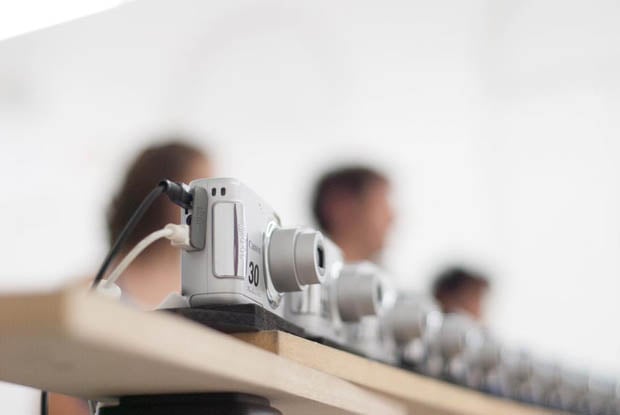 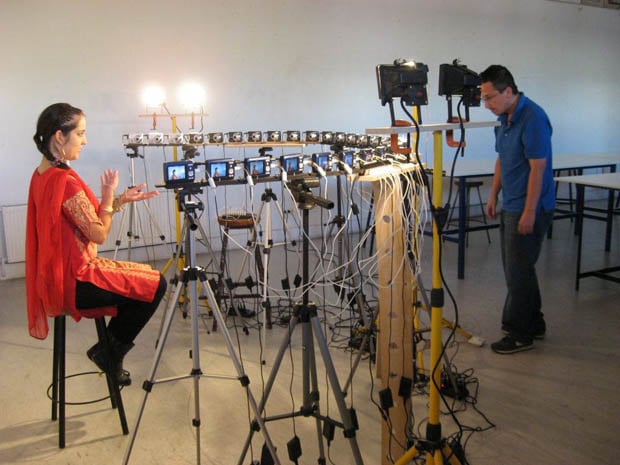 The semi-circle arrays can be used to create 3D models of a subject’s front side:

By placing the cameras in a full circle and at different heights, Baeza can take things one step further and create complete 3D models of any subject:

Those 3D portraits can then be displayed in augmented reality. Place a special card on a table, point your camera app at the card, and a 3D model of the subject appears in virtual space:

In the future, perhaps we’ll be displaying family portraits on mantlepieces inside holographic 3D enclosures. This camera system is one step in that direction.

Image credits: Photos and videos by Felipe Baeza and used with permission