We don’t feature a lot of tripods on PetaPixel because, frankly, once you’ve seen one you’ve just about seen them all. That’s not to say that tripods don’t vary hugely in both build quality and functionality, just that it doesn’t really make headlines when Manfrotto comes out with their newest model.

Giotto’s newest creation, however, has made headlines. Not because it’s made out of any new super-strength material. Not even because it sports some crazy design that makes it much sturdier or steadier. No, the Silk Road YTL tripod has gotten attention because of one small design alteration that makes it 30% smaller when it’s broken down. 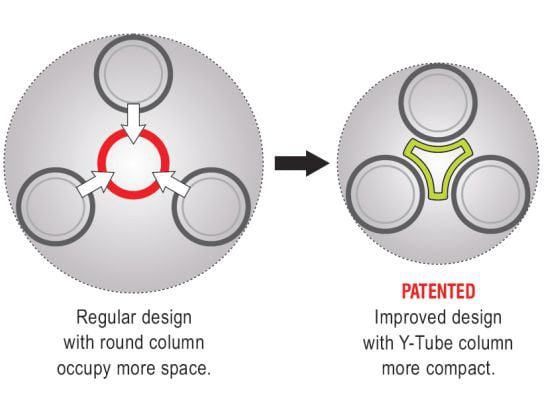 All Giotto did was change the design of the center post. By giving it the now-patented Y-shape, the tripod’s legs can tuck right into the bar, making the whole thing quite a bit smaller in its collapsed form. Other than that it’s got all of the features you might find on any quality tripod.

The YTL tripods will begin shipping sometime later this month, with the heavier aluminum model priced at $160, and the lighter carbon fiber models starting at $350. Visit Giotto’s website for a full feature-breakdown.

Why We Did, In Fact, Land on the Moon: A Photography-Based Proof