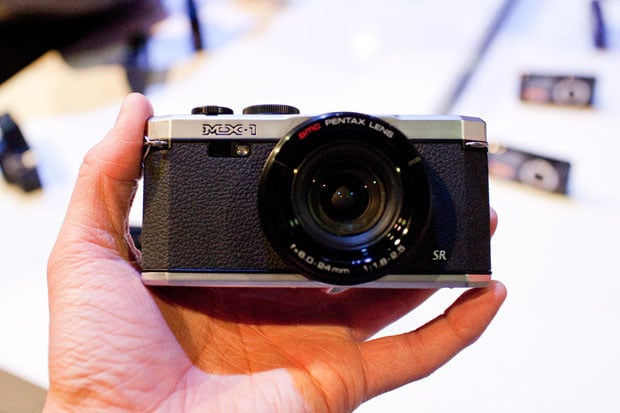 One of Pentax’s big announcements for this year’s CES 2013 was the MX-1, a camera that is designed to compete against other retrotastic compact cameras that are currently generating a lot of buzz (namely the Fujifilm X-Series and the Olympus OM-D).

The camera features a durable brass body and a textured rubber grip. While the top and bottom metal plates feel like most of the retro-styled cameras we’ve seen, the grip is actually a bit different: it actually offers quite a bit of grip.

It’s a textured grip that actually feels sticky and rubbery rather than slightly-sticky and leathery. You probably won’t be dropping this camera very often. 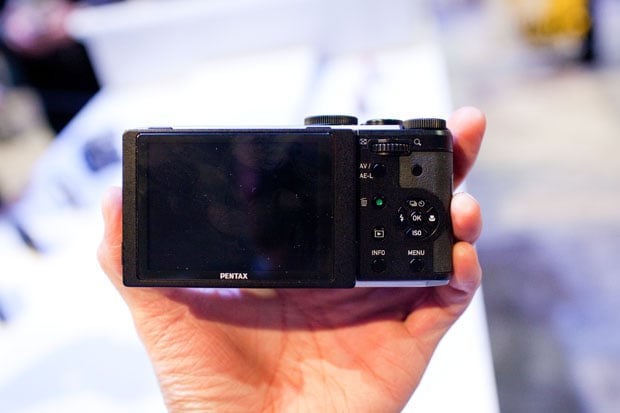 The 3-inch 921K-dot LCD screen on the back of the camera is nice and responsive. It can be pulled out away from the camera body and tilted to a 90-degree angle, which allows you to photograph subjects straight ahead while looking down at your camera. 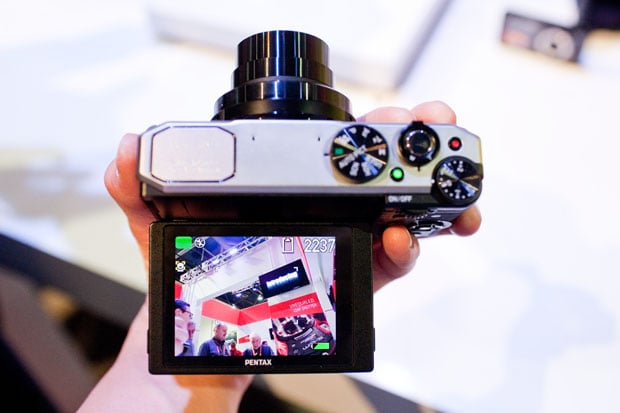 In terms of speed, both autofocus and snapping photographs was acceptably fast. The camera locks onto subjects without too much hunting. 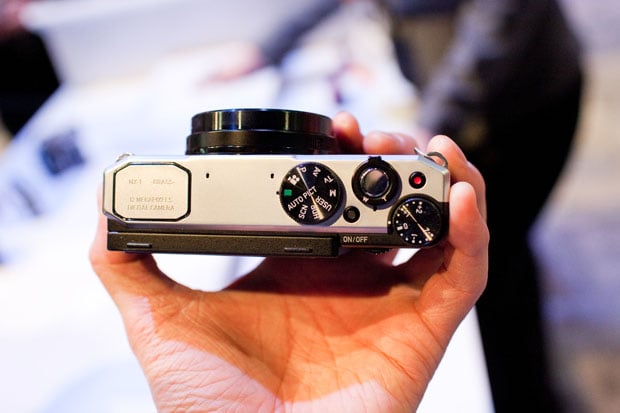 The camera’s interface, both digital and physical, are both pretty standard. The exposure compensation dial on the top of the camera is a nice touch — it’ll be appreciated by the same people who love having it handy on the Fujifilm X-Series.

Inside the camera is a 1/1.7-inch CMOS sensor that spits out 12-megapixel photographs. This will likely be the camera’s downfall if it doesn’t do well on the market, since you can get some pretty respected 1/1.7” cameras for the same price (the Canon G15, for example).

We’ve found that the number of people clamoring to handle cameras at CES 2013 company booths is a pretty good indication of how much interest those products are receiving. When we visited the Pentax booth, there was no waiting for the four MX-1 cameras laid out on the table. In fact, there was no one looking at them: 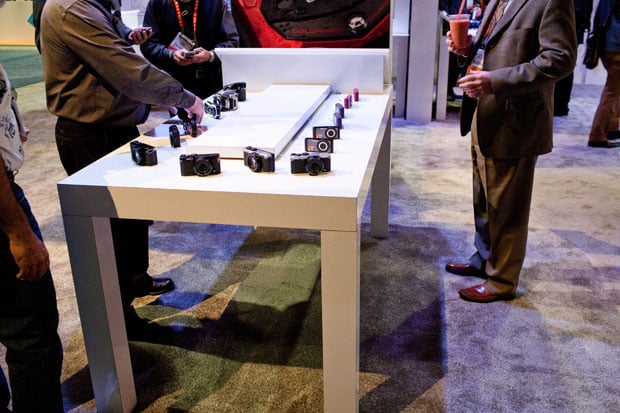