When Fujifilm announced the X100s last week, it made the bold claim that the camera had the world’s fastest autofocus system among cameras of the same class. Sluggish autofocus was one of the big complaints owners of the X100 had, so for this latest refresh the company focused its attention on making the camera faster.

Want to see how fast the new AF is? We captured the short video above during a brief hands-on time we had with the camera. It doesn’t show an in-depth test or much variety in subject matter, but should offer a taste of what “world’s fastest AF” looks like in the flesh. 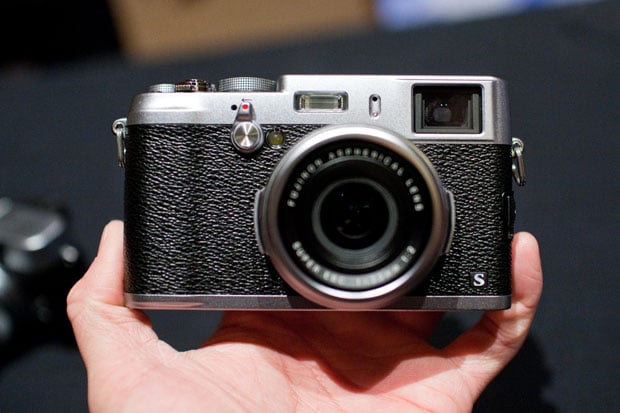 Fujifilm claims that the camera can focus in 0.08 seconds thanks to its new EXR Processor II and its new X-Trans II sensor (which is equipped with new phase detection pixels). That figure seems to be accurate.

With faster operation and the introduction of new manual focusing aids (focus peaking and split image focusing), two of the biggest complaints photographers had with the original X100 are no more.

It looks like Fujifilm has a big winner on its hands with this new camera — at least among photographers willing to shell out $1300 on a fixed-lens camera.