We were just able to get some hands-on time with the new Fujifilm X100s immediately after the company’s press conference. In addition to blazin’ fast autofocus speed, the company has also introduced a couple of new features that manual-focusing photographers will love.

One is something many photographers are already familiar with (and have been clamoring for): focus peaking. The second hasn’t been received with as much fanfare, but is actually quite fantastic. It’s split image focusing — something rangefinder users will appreciate very much.

As you can see from our short video above, it’s very similar to what you’ll find on a rangefinder camera. In the center of the frame is a box that contains two images of the scene. Simply align these two images in the location you’d like to focus on, and voila! It’s sharp. 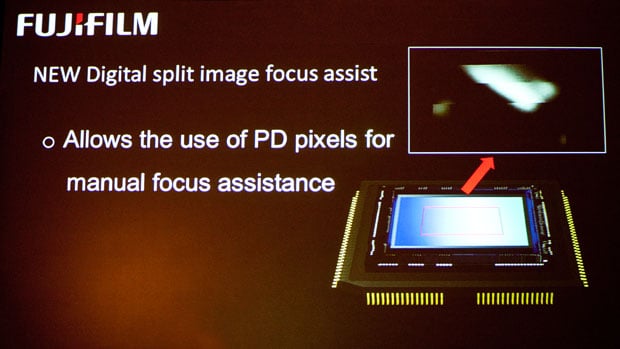 Just to be clear, this isn’t the result of Fujifilm having added in a rangefinder to the camera. Instead, the company has added what it calls “phase detection pixels” to the camera’s sensor.

These special pixels are what allow the camera to offer rangefinder-esque focusing. Combined with focus peaking, the new features are sure to satisfy those who have been shouting for better MF options — and then some.

P.S. Here’s a second video that also shows the feature in action:

Should Photographs Captured in Zoos Be Considered Legitimate ‘Nature’ Pics?