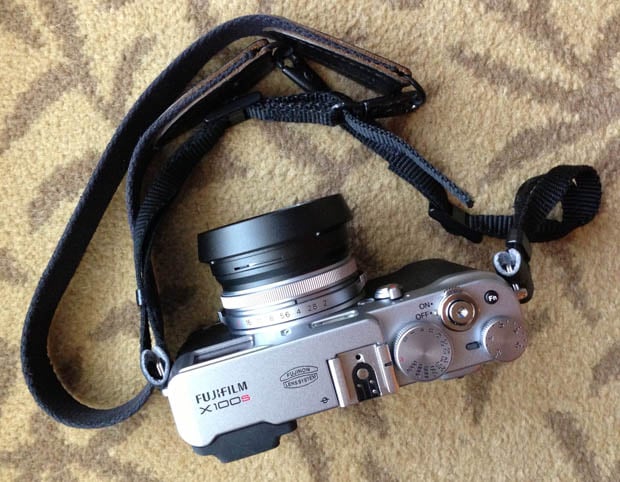 Our pal and fellow photo blogger David Hobby of Strobist is currently over in Dubai for Gulf Photo Plus 2013, and yesterday he had the privilege of purchasing the first Fujifilm X100S to be sold on planet Earth. Hobby tells us he’s in love.

The purchase came after he spent two weeks testing a pre-production model of the camera. Want to know what Hobby thinks about the camera? Here’s the feedback he gave Fujifilm after that testing period:

His conclusion: “This camera is pretty close to perfect for what it purports to be.”

Here’s a photograph he snapped of the Dubai skyline (check out a larger version on his Google+ account):

The camera will be hitting store shelves in late March 2013, but you can already preorder it for $1,300 through retailers like Amazon and B&H.

Image credits: Photographs by David Hobby and used with permission

The Collector: One Man, One Passion, and Over One Thousand Cameras