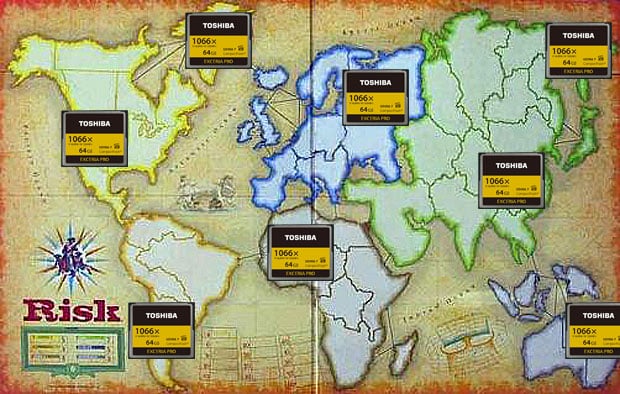 A week ago we shared some reports that Toshiba was developing a re-focusable smartphone camera, but it looks like its sights are set on bigger fish than just Lytro’s market. While the photo world was focusing on the tiny re-focusing camera, Toshiba officially announced a new line of high performance CF cards that should blow the competition away and, the company hopes, secure one third of the CF market by 2015.

The new cards — dubbed the Exceria Pro series — are set to launch in Spring of this year and bring with them read and write speeds very near the theoretical 167MB/second max provided by the CF’s UDMA 7 interface.


Aimed at high-end DSLR users, the Exceria Pro series of cards will include 16, 32 and 64GB options with peak read and write speeds of 160 and 150MB/s, respectively — providing “the world’s highest level read and write speeds.” The only exception to those numbers is the 16GB card, which will have to settle for a write speed of only 95MB/s. In addition, the cards will also boast very impressive HD video capabilities, capturing 20MB/s full HD without any dropped frames. 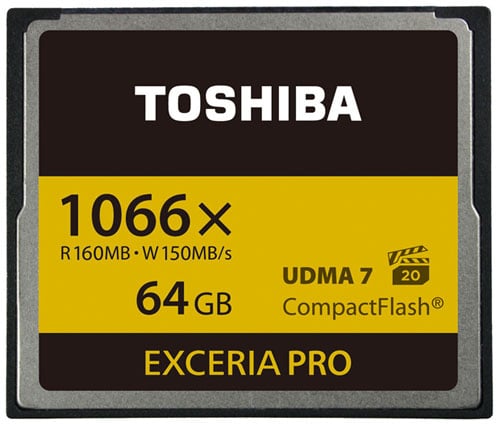 There’s no question that these cards, when they do ship, will be the belles of the CF ball, quite possibly snagging that third of the CF market Toshiba is aiming for by 2015. The question that remains is who all will still be in attendance at said ball in two years time?

2015 is two years away, which translates to about one or two camera generations. Will CF cards sill be the standard among high-end DSLR users? Or will the dark horse (or maybe pony? They are quite small) XQD cards have swiped the market by then? Just a few questions to ponder. Until then, we’ll be content that Toshiba is raising the bar on CF cards while conveniently still leaving out pricing info for the faint of wallet.