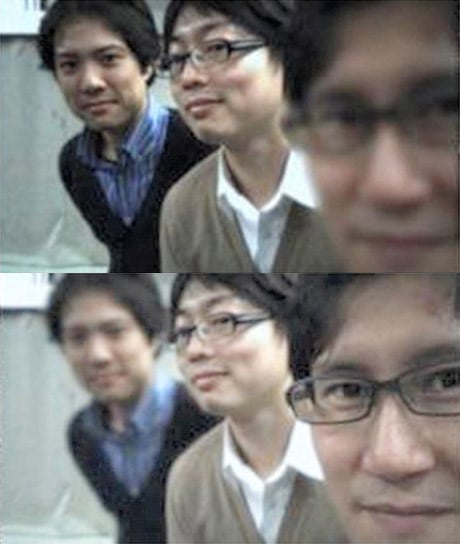 Lytro is currently the only camera on the market that lets you refocus photographs after they’re shot, thanks to its fancy schmancy (and proprietary) light field technology, but it won’t be the only one for long. Toshiba is reportedly developing its own Lytro-style camera that will target a different segment of the photography market: smartphone and tablet photographers.


Takashi Kamiguri over at The Asahi Shimbun reports that the company has already developed a tiny camera module that can do the light-collecting deed. It sounds very much like what Lytro offers, except in a much smaller package.

Toshiba’s device is packed with a super dense array of half a million lenses that are each 0.03mm in diameter. The array directs the light onto a tiny sensor measuring 5x7mm. Each lens captures an ever-so-slightly different view of the scene, all of which are combined into a single photograph using special algorithms.

In addition to generating refocus-able photographs, the new camera has another enticing feature for ordinary consumers: the ability to capture photos that are perfectly sharp in every area of the frame.

It seems that offering Lytro-like refocusing in a smartphone camera would have distinct advantages over Lytro’s standalone camera offering. In our view, the Achilles’ heel of the system is that the photographs require proprietary software just to view and share them. This presents a major inconvenience for people who are used to sharing standard image types (like JPEGs) and for people who would rather not have to host all of their photos on Lytro’s servers.

On the other hand, many consumers who shoot and share photos on their smartphones are already used to being in a sandbox environment. Instagram has shown that an entire photo ecosystem can be offered through a single smartphone app. Toshiba could do the same thing, and one-up Lytro in terms of ease of sharing.

The new camera will reportedly hit the consumer market by the end of 2013, and Toshiba is currently looking for smartphone manufacturers who are willing to use the module in their wares.