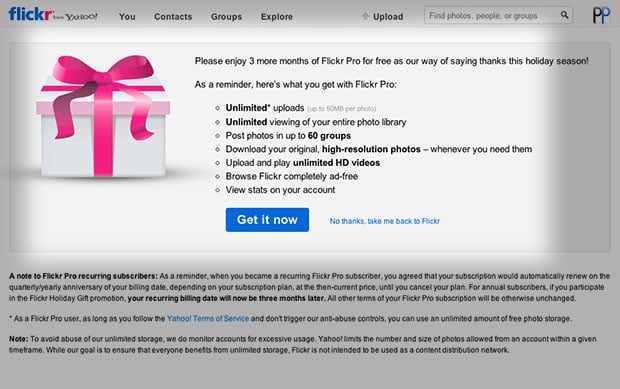 If you’re a Flickr user, you can currently snag and open a Christmas present from the service a few days early. The photo sharing service — which has been undergoing a renaissance as of late — is currently handing out three free months of Pro membership. Simply log in to find a link to the present on your home page, or visit the Holiday Gift page directly.

With a single click of the “Get It Now” button, the 3 months (a $6.25 value) will be credited to your account: 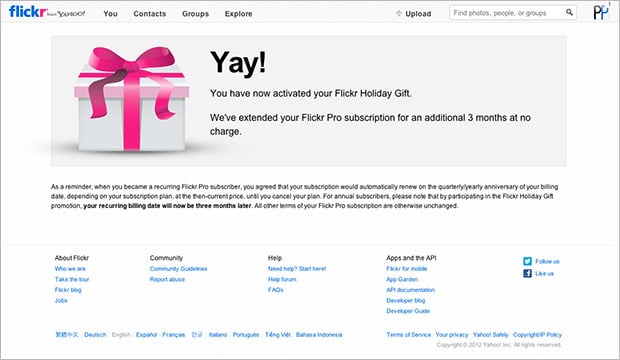 Here’s the email that’ll land in your inbox shortly afterward:

Flickr is doing a good job of taking advantage of Instagram’s missteps. Instagram doesn’t offer a premium membership plan, so it can’t copy Flickr’s gift giving, but it did release an update yesterday that introduced 25 new languages and a new filter called Mayfair.

Update: We originally reported that this deal was exclusively for pro members, but as commenters are pointing out below, it appears to be working for free members as well. Enjoy!

Thanks for sending in the tip, Nixer!

Dear Santa: Here Are My Wishes for My Favorite Camera Makers

Comic: The Instagram Hoopla Translated Into a Real-World Allegory