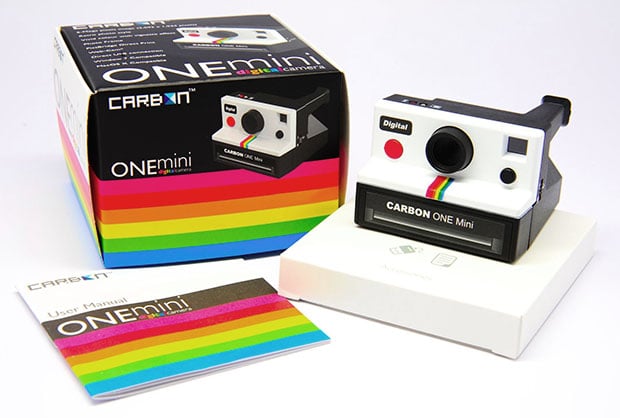 Hong Kong-based design group Carbon has created a novelty digital camera called the One Mini, which is designed to look just like a pocket-sized version of Polaroid’s iconic SX-70 One Step instant camera.


Don’t let the analog appearance deceive you, though: it’s a fully-functional 5-megapixel shooter that can be paired with a PictBridge printer for Polaroid-style prints at the push of a button. 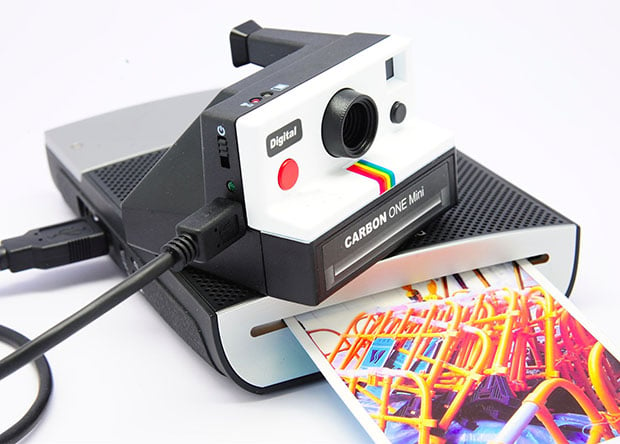 After framing your shot through the tiny optical viewfinder, you can snap retro-styled photos (with an optional white Polaroid border) with the push of a button, which is pretty much the entire user interface of the camera. Well, there’s also a power switch on the side (the camera uses 2 AA batteries), but that’s it. 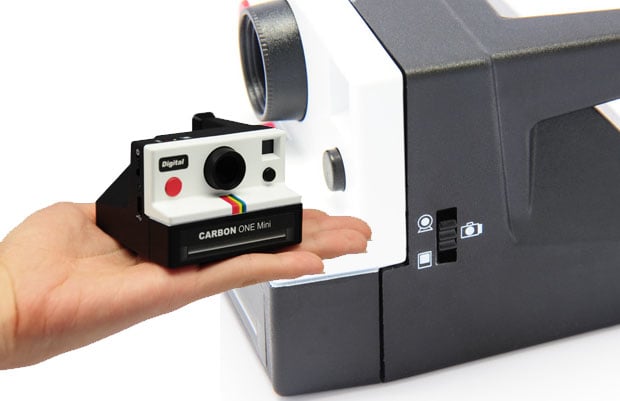 The lens is prefocused to capture everything from 3.9 feet to infinity in sharp focus.

Digital images are stored on the onboard memory, but you can also add a Micro SD card of up to 32GB if you’d like to massively increase your capacity. Files can be transfered by plugging in the camera to a Windows or Mac computer via USB.

Finally, the camera also doubles as a webcam for Windows computers, giving it extra usefulness when you’re not out and about.

Here are a couple of sample photographs captured using the One Mini: 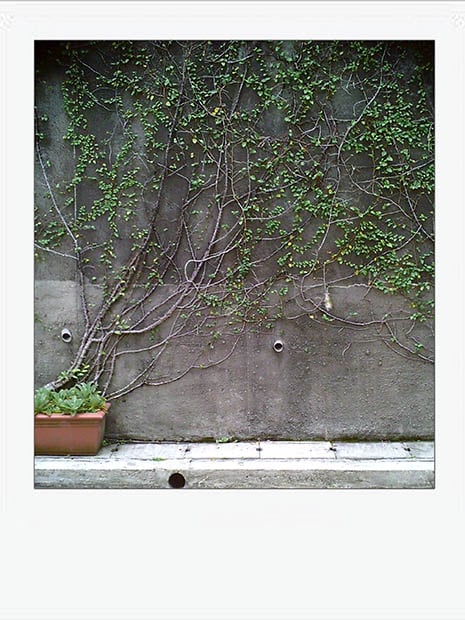 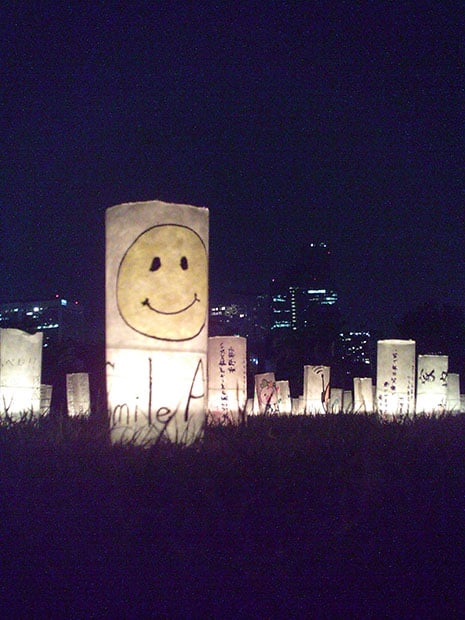 You can pick up a Carbon One Mini in white, black, or pink over at Peek for $125.