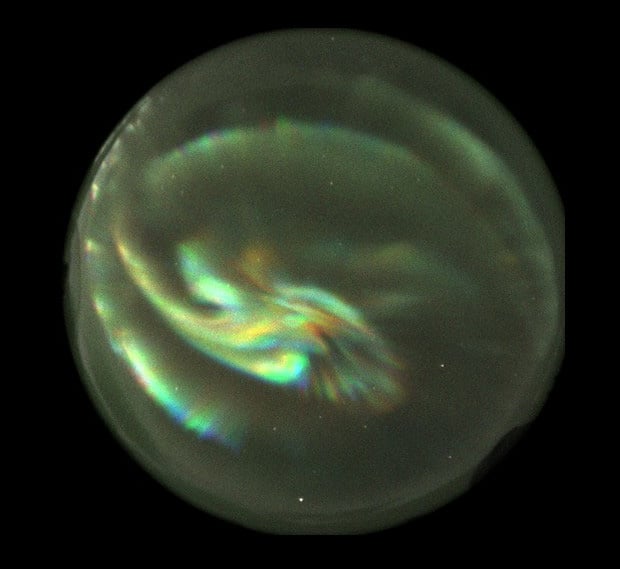 Auroras are quite popular as a photo subject these days, especially for time-lapse photography, but a team of researchers in Norway recently snapped pictures of one in a way that hasn’t been done before: with a hyperspectral camera. The special device can simultaneously capture multiple spectral bands of light. The composite photograph above was created by combining three such bands of light, with each one assigned a different RGB color.

Called the NORUSCA II, the camera was being tested earlier this year, but its findings and details were just published in the scientific journal Optics Express (the paper is titled “Hyper-Spectral All-Sky Imaging of Auroras”).

Ordinary cameras like the DSLRs used by night-sky photographers can be thought of as simple buckets — they collect all the light in the scene and spit out a single photograph based on what’s gathered. While they can make for gorgeous photographs of the natural phenomenon, they’re not as useful for scientists who need to look at specific bands of light within the aurora (you would need to use special filters to block out certain wavelengths).

The NORUSCA II can switch between 41 different optical bands in a matter of microseconds, allowing scientists to detect things in the atmosphere based on their “light fingerprint.”

See that photo at the top of this post? That was actually captured through a layer of clouds, meaning ordinary cameras wouldn’t have been able to “see” the aurora at that time.

Here are a couple of photos by photographer Njaal Gulbarndsen showing what auroras look like to normal cameras, and showing the researchers conducting their experiments: 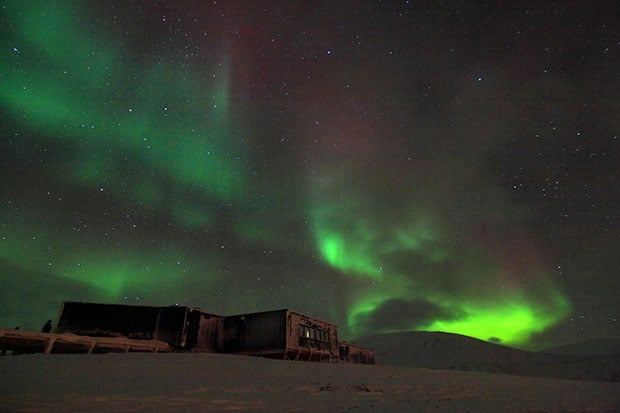 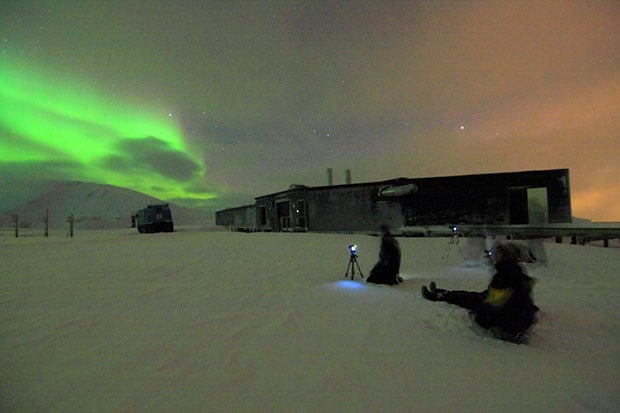 (via Phys.org via DigitalTrends)

Photos of a Model Train Rumbling Across the Great Outdoors