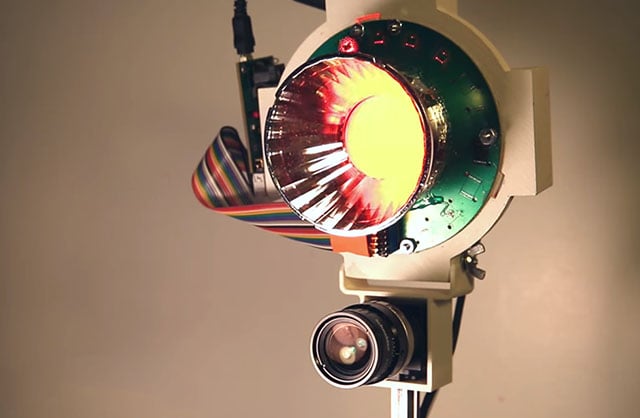 Hyperspectral cameras can see things in the world that the human eyes can’t by capturing information from across the electromagnetic spectrum beyond visible light. This type of technology has all kinds of interesting applications — researchers are using the cameras to uncover secrets in old documents and paintings, for example.

The HyperCam is a new hyperspectral camera that aims to make the technology cheap enough to be casually used by the masses.

The project is a collaboration between scientists at the University of Washington and at Microsoft Research. The team says the hardware camera could cost just $800, and the technology could even be squeezed into a smartphone accessory that costs as little as $50.

HyperCam captures a series of 17 images of a scene at various points in the electromagnetic spectrum. Special algorithms are then used to figure out which of the images yield interesting details that the photographer is interested in. Certain shots of a human hand will show veins, for example. 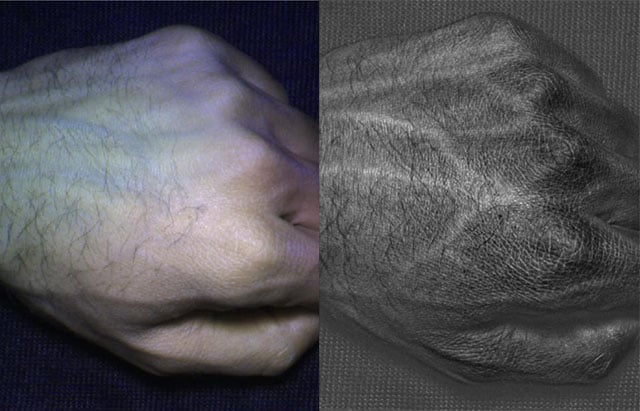 In produce, the camera could show which fruits or veggies are ripe and ready to eat.

Here’s a video demonstration showing how the HyperCam works and what it can do:

Now that the HyperCam has a functional prototype, the researchers are working on ironing out the weaknesses of the system and figuring out how to shrink the technology for use on a cell phone.

(via The University of Washington via Engadget)

Image credits: Photographs and video by the University of Washington

Ep. 13: Is it Time for Adobe to Rewrite Lightroom? – and more