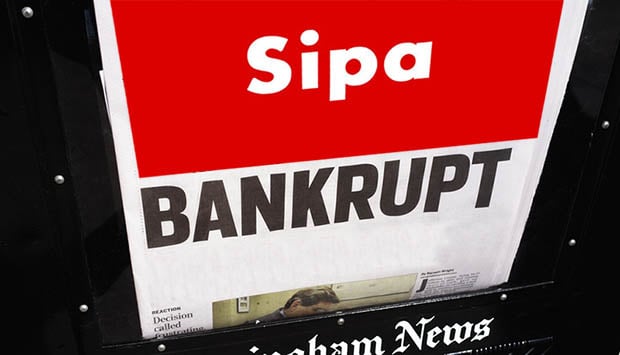 Tough news coming out of France this week: Sipa Press, the country’s leading photo agency, has filed for bankruptcy protection. Michel Puech of the Le Journal de la Photographie reports that the filing came on November 22nd, and can lead to two possible outcomes: reorganization or liquidation.

Sigma Press was founded by Turkish photojournalist Gökşin Sipahioğlu back in 1973. It currently distributes thousands of news photographs on a daily basis to more than 40 countries around the world, and has archives archives that hold 20 million print and 12 million digital files [#]. The agency has two siblings that are also in the same bankruptcy boat (all three are owned by Sipa Group): Sipa News and French Language Service Limited in France.

Le Journal writes that although Sipa Press might escape liquidation, the future doesn’t look as promising for the employees of Sipa News:

The blow is hard for everyone, but it might be fatal for the thirty journalists employed by Sipa News to come to the support the twenty journalists who “defected” from Associated Press France. These journalists, engaged in fixed-term contracts with Sipa News, are virtually assured of losing their jobs on December 6th. The company will no doubt be liquidated by the court. It has no assets and no revenue, only expenses!

Sipa Group was acquired back in July of 2011 by the German news agency DAPD. DAPD is seeing hard times itself, has reportedly turned its back on the flagging French photo agency under its care.

(via LJP via BJP)

Image credit: Photo illustration based on Bankrupt by ralph and jenny