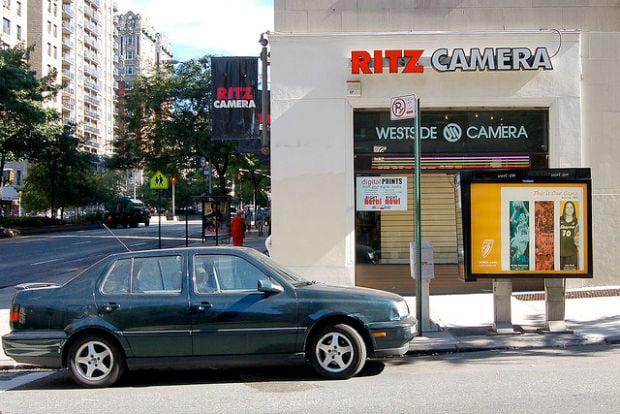 Ritz Camera and Image LLC officially filed for bankruptcy last Friday for the second time in three years. And while bankruptcy and financial trouble in general are, unfortunately, not uncommon in the world of photography these days, Ritz is making headlines because of their major unsecured creditors. Amon the biggest names on the list are Nikon, Sony and Fuji, all of whom stand to lose quite a bit of money as Ritz prepares to restructure.

According to the Washington Post, the company’s chief restructuring officer Mark Weinsweig said that May’s 20% increase in sales along with the recent $8-million dollar investment by Transcom Capital still weren’t enough to keep the company from having to file. From here on, Ritz plans to close 128 of its 265 stores, cut their sales force in half, and go up for auction in September. Sadly, Ritz Camera is just another in a series of brick and mortar camera stores that have had to close locations and restructure as phoneography and online sales continue to flourish — and it probably won’t be the last.

The Rashomon Effect and My Small-Camera Choice