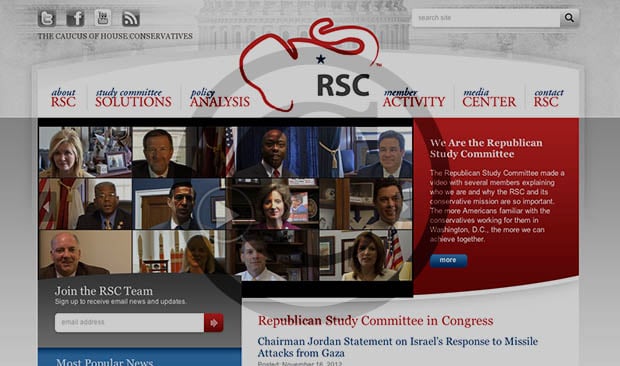 One of the big stories in the tech world this weekend was a policy brief published by the Republican Study Committee titled “Three Myths About Copyright Law and Where to Start to Fix It,” which people called “shockingly sensible” and a “watershed” paper. However, just one day after it went up, the paper suddenly vanished.

We at the RSC take pride in providing informative analysis of major policy issues and pending legislation that accounts for the range of perspectives held by RSC Members and within the conservative community. Yesterday you received a Policy Brief on copyright law that was published without adequate review within the RSC and failed to meet that standard. Copyright reform would have far-reaching impacts, so it is incredibly important that it be approached with all facts and viewpoints in hand. As the RSC’s Executive Director, I apologize and take full responsibility for this oversight.

The same publications that had praised the paper now jumped on the committee, accusing the group of “flip-flopping,” “cowardice,” and being browbeat by Hollywood lobbyists.

So what exactly did the paper advocate? We were able to snag a copy, so you can see for yourself:

The paper attempts to dispel three myths about copyright law:

[…] according to the Constitution, the overriding purpose of the copyright system is to “promote the progress of science and useful arts.” In today’s terminology we may say that the purpose is to lead to maximum productivity and innovation.

Copyright violates nearly every tenet of laissez faire capitalism. Under the current system of copyright, producers of content are entitled to a guaranteed, government instituted, government subsidized content-monopoly. It is guaranteed because it is automatic upon publishing.

The paper suggests a number of possible ways to reform copyright law, including rethinking statutory damages (doling out punishment according to the law rather than based on actual damages), expanding and clarifying fair use, creating harsher punishments for false copyright claims, and limiting copyright duration and making renewal less attractive.

Canada recently passed a landmark copyright reform law — could the United States be moving toward one as well? This is one case that photographers should keep a close eye on, since it may have a big impact on your ability to protect your photos and pursue copyright infringers.

P.S. For more on this story, check out this article by TechDirt, which broke the story, and this second one published after the paper was pulled.

Review: Canon EOS M is Like a Sluggish DSLR Trapped in a Compact Body

Photos of the 37 Ingredients That Go Into Making a Twinkie