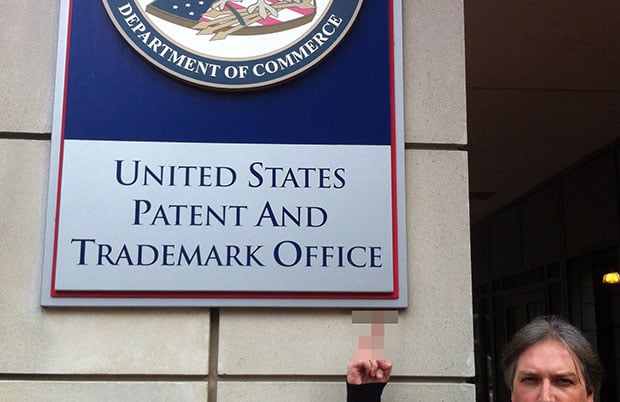 Back in 2012, the Republican Study Committee caused widespread debate over intellectual property law after publishing and then pulling a paper on copyright reform. Derek Khanna, the conservative staffer behind the paper, was fired by the committee shortly afterward.

He may have lost the platform afforded by the RSC, but Khanna is still pushing to have his views on copyright reform heard. His latest writings continue to cause quite a discussion on how copyright should be handled in the United States.

Now a volunteer fellow at the think tank R Street, Khanna has published a new paper titled, “Guarding against abuse: Restoring constitutional copyright.” In it, he argues that US copyright law has deviated from what the founders of our government originally intended for it to be, and questions why artists should be given preferential treatment over inventors when it comes to intellectual property.

“Historically, copyright terms have been quite short,” Khanna writes. The original US Statute gave creators a 14-year copyright term, and an extra 14-year extension if the author was still alive at the end of the first term. Thus, prior to 1976, the average copyright term was just 32.2 years.

Nowadays, copyrights last the life of the creator, plus 70 additional years.

Khanna points out that patent law hasn’t changed nearly as much over the same span of time. Although patents and copyrights started out looking similar to each other, patent terms have increased by 43% while copyright terms have exploded by 580%.

“Congress must justify why a 20-year term can provide sufficient incentive to inventors, but not to writers and artists,” Khanna writes.

So what will US copyright law look like in the future? In one camp are people like Khanna, who believe that copyright terms need to be drastically reduced. He proposes that all copyright protection should end after just 46 years.

During those 46 years, he suggests, the first 12 years would be free to the creator of the work. After that, the creator could elect to renew the copyright for another 12 years for the price of 1% of the revenue they earned during the first 12 years. There would then be another two 6-month renewals at 3% and 5%, respectively. The final 10-year renewal would cost 10% of all revenue minus the fees paid for previous renewals.

Thus, a 46-year maximum term, with only the first 12 years free to the creator.

On the other side of the debate, there are lawmakers who want the current copyright law set in stone, and others who want it extended to the life of the author plus 100 years (matching Mexico’s copyright law).

If the former side wins, photographers will one day be treated more like inventors. You’ll be able to have a monopoly over your work, but for a shorter amount of time. If the latter side wins, your photos may not show up in the public domain until several generations after you’re gone.

(via R Street via Boing Boing)

7 Cheap and Easy Photography Hacks You Can Do Right Now