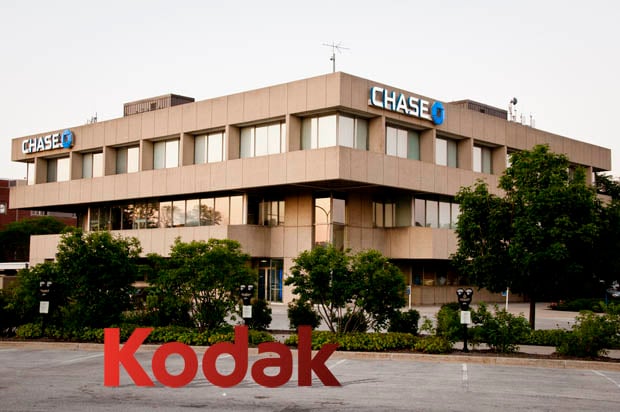 Kodak has finally been thrown a lifeline. Yesterday, the beleaguered photography company announced that it had convinced banks to loan it $793 million in order to climb out of bankruptcy by the first half of 2013. The loan agreement comes with one big catch: Kodak must be able to sell its extensive collection of patents for at least half a billion dollars.

Although there have been reports over the past year that Kodak was close to finding a buyer for the intellectual property, it has so far failed to do so. Kodak doesn’t seem worried: in its announcement, the company said it is “confident it will achieve” the patent sale.

The $793 million will be borrowed from a group of investment firms and major banks, including JPMorgan Chase and UBS AG. $476 million of the loan would be new cash in Kodak’s pocket, while the remaining $317 million will used to pay off old debts. 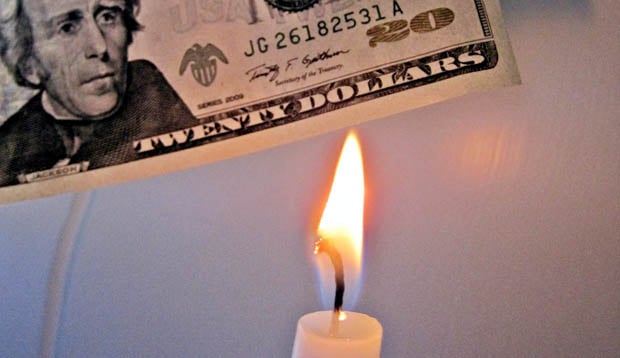 In order for the new cash injection to pay off, Kodak executives will need to find a way to stop the bleeding. The Wall Street Journal reports that the company is still burning through money:

On Monday, the bondholders Kodak didn’t choose and other similarly situated creditors demanded in a court filing that they be allowed to determine Kodak’s path out of Chapter 11, saying they had “lost all faith” in company executives. The critics said Kodak had lost nearly $1 billion from operations since filing for bankruptcy, or roughly $107 million a month, and was expected to keep draining cash.

Chief Executive Antonio Perez and other Kodak senior executives have presided over consistent operating losses and allowed the company to “burn cash at an astounding rate,” the lawyers said.

If and when Kodak does finally emerge from bankruptcy protection, it’ll be a company that’s focused on commercial printing. It has already sold off virtually all of the consumer-oriented photography businesses that photographers once loved.

American Tintype: A Portrait of a Tintype Portrait Photographer