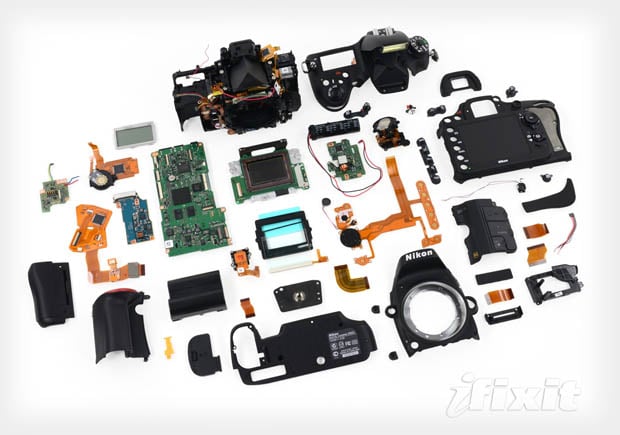 Yesterday we featured a photographer’s DIY teardown of the Nikon D700, offering a peek at the camera’s guts. It was interesting, but a bit outdated since the camera was released back in July 2008. iFixit and Chipworks have just finish their own teardowns of a camera that’s much more recent: the Nikon D600 “entry-level” full-frame DSLR.

iFixit completely disassembled the $2,100 camera and documented the process in 30 detailed steps, from taking out the initial screws to showing the order each component should be removed.

One thing they noted was that the design of the LCD screen reduces the repairability of the camera:

We were disappointed to find that the LCD is fused to the rear case, and cannot be replaced without replacing the entire panel. If you scratch or crack the display glass on an older Nikon DSLR like the D90, it’s possible to find an inexpensive replacement and fix it yourself. With the inseparable glass, though, D600 users will definitely want to opt for some type of screen protection. 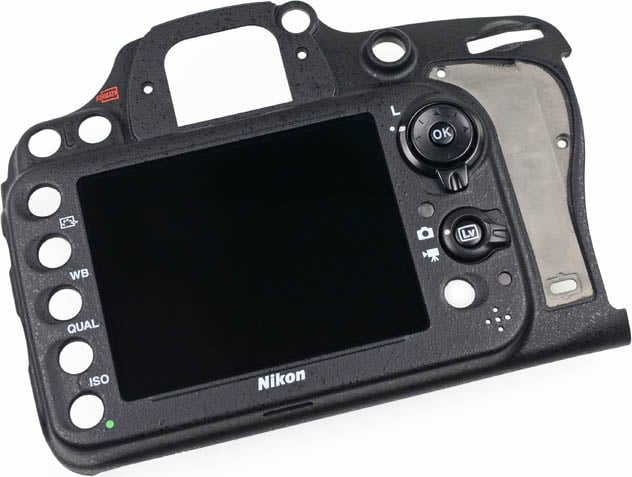 They also comment on how amazing it is that so much gadgetry is stuffed into such small spaces in modern DSLRs:

At this point we’d like to stop and let you appreciate the space management that goes into designing a DSLR camera. Wires and ribbon cables run amuck, yet everything works together in perfect harmony, allowing you to express your artistic vision with the press of a button. 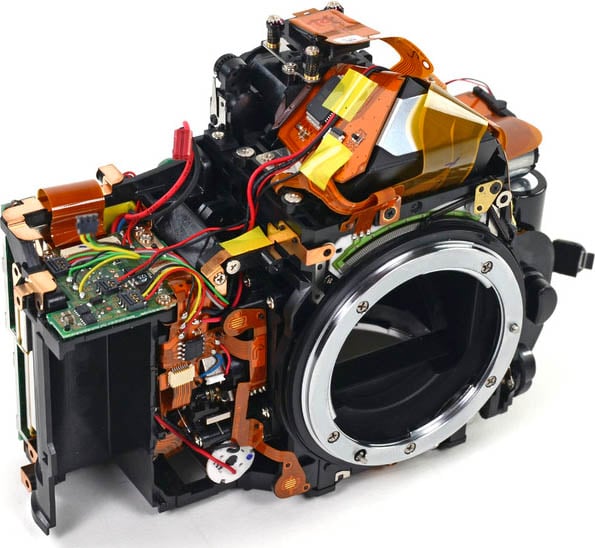 iFixit has given the D600 a 2/10 for repairability (with 10 being “easiest to repair”), citing the fact that there are wires that need to be desoldered during disassembly, and the fact that the camera is held together by “many, many screws.”

Chipworks’ teardown is more focused on the sensor inside the camera. By peering closely at the sensor, they found die markings showing that it’s a Sony manufactured chip: (via DPreview and Nikon Rumors)