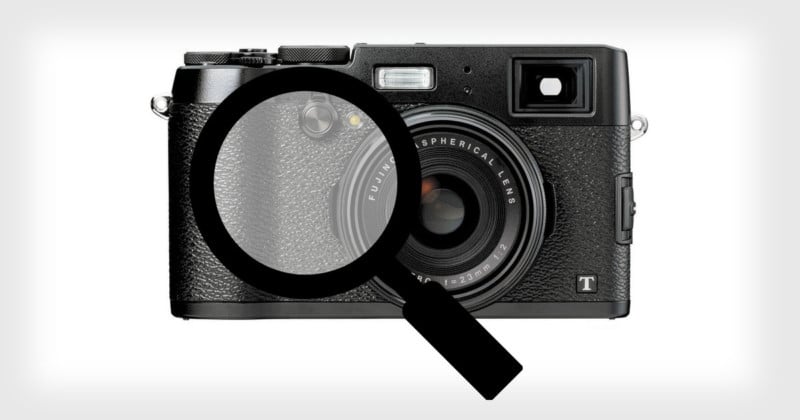 iFixit has published a complete teardown of the Fujifilm X100T. If you’ve ever wanted to see the guts of the $1,099 camera, here’s your chance to have a peek without spending 2 to 4 hours and putting your camera at risk.

The guide by Christian Johansen shows how the camera can be disassembled into its basic components. Fujifilm didn’t make it super easy: it’s rated as a “difficult” teardown.

You start off by peeling off the skin of the camera. After unscrewing a bunch of screws on the outside of the body, you can get into the rear components such as the LCD screen. 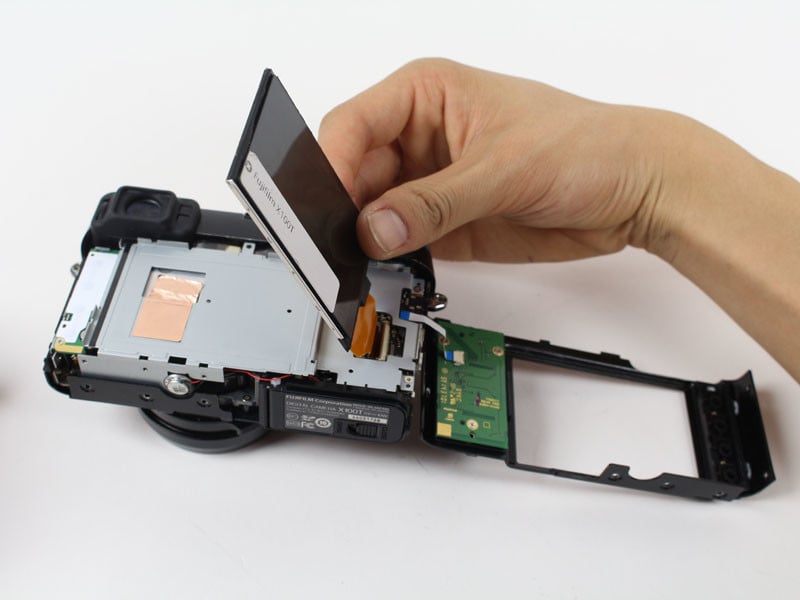 Some more screws later, you can access the motherboard behind the silver frame. The top plate lifts off after other screws are removed. 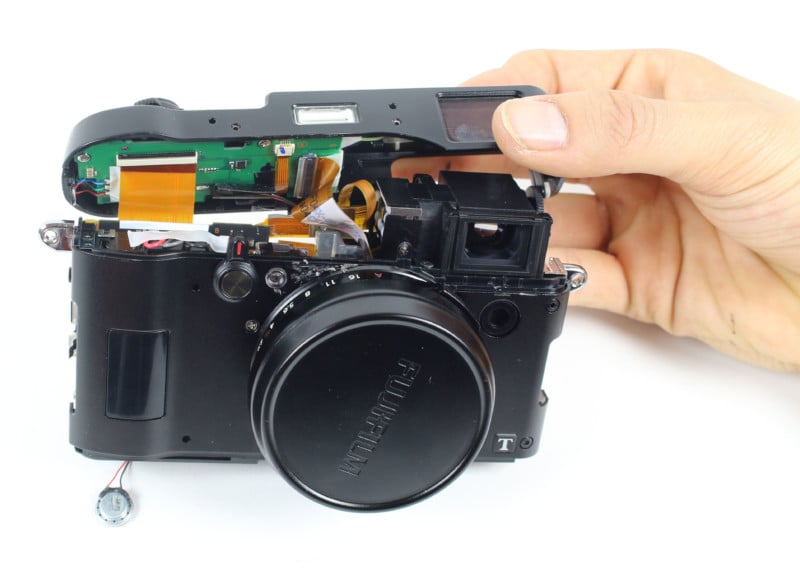 You’ll soon have access to the inner components between the lens and the sensor. 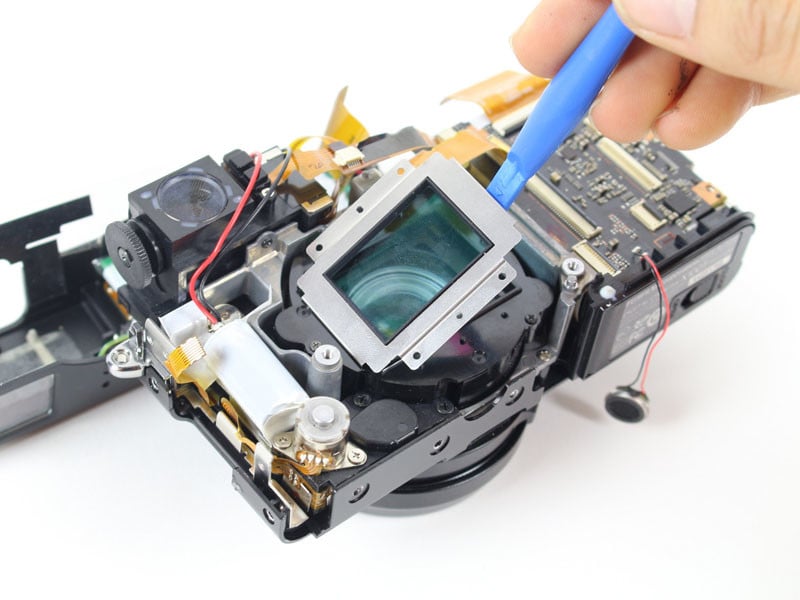 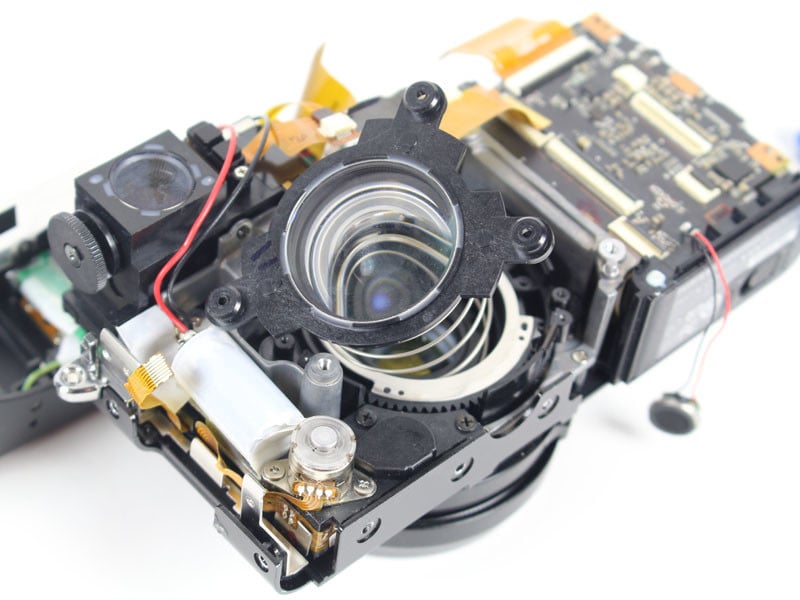 Here’s what the camera looks like when disassembled, with the major components arranged neatly: 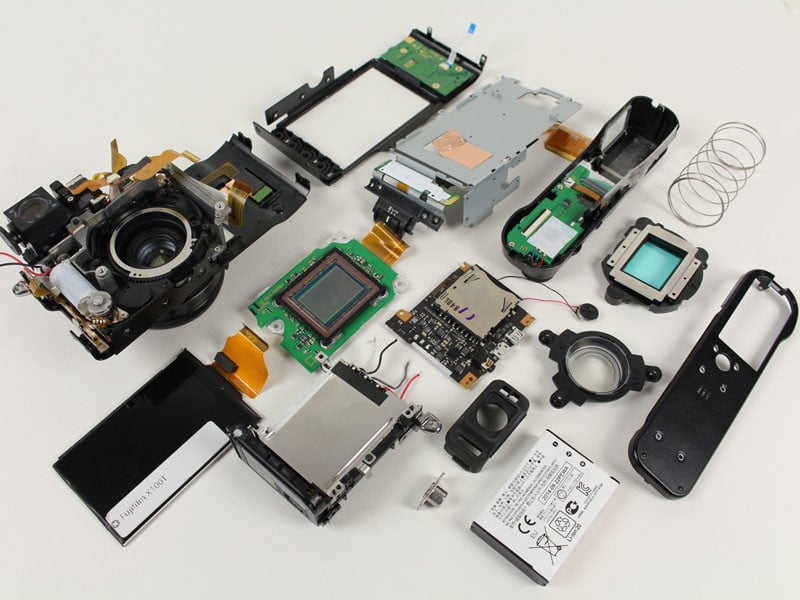 If you’re feeling brave and would like (or need) to disassemble at Fujifilm X100T yourself, here’s the complete guide as a step-by-step slideshow (there are also repair guides here):